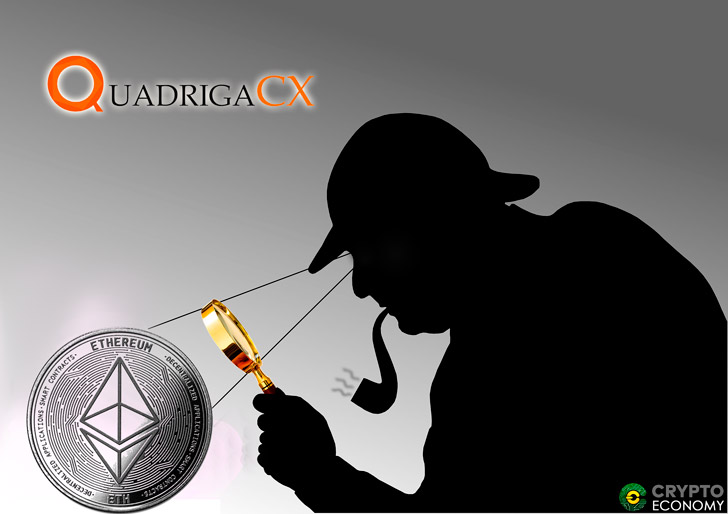 The whereabouts of $100 million worth of Ethereum belonging to embattled and now-defunct Canadian-based cryptocurrency exchange QuadrigaCX have been identified by an independent researcher. In an exposé report prepared and published on Thursday, February 28th by the CEO and editor of the Zerononcense publication James Edwards, 649,708 Ethereum coins (currently worth ~$90 million) have been identified and attributed to QuadrigaCX. In his research, Edwards tracked 12 Ethereum addresses he confirmed are associated with the company and found that these funds were transferred to other exchanges supposedly for safe storage. The report identifies Kraken, Bitfinex and Poloniex as the exchanges that received those funds.

After a correspondence with Kraken CEO Jesse Powell, who claims that none of the stated funds are in the Kraken wallets, Edwards concluded that:

Based on the cumulative analysis of Taylor Monahan, the CEO of MyCrypto, Elementus, a blockchain research firm that was cited by the Wall Street Journal, and the author of this report, it appears that there is a high likelihood that there are funds that belong to QuadrigaCX at Bitfinex and Poloniex.

Edwards notes in the report that the intent of the report was not to spread more conspiratorial narrative but rather to help identify the location of users’ funds and possibly help the embattled exchange regain solvency. He states that the report :

Does not imply that there was any nefarious intent behind the transfers or that these exchanges are in collusion with one another. Rather to the contrary, this report believes that Jennifer Robertson, the Court Monitor, and all other related individuals at QuadrigaCX were and are unaware of the fact that Gerry Cotten sent these funds to these exchanges.

Some facts from the report do actually corroborate with the evidence presented in court by the company. For instance, according to the addresses tracked, transactions ceased on the day before the reported death of Gerry Cotten, the former CEO of the exchange, whose death led to the bankruptcy of the exchange. Reports to the court show that only Cotten had access to the private keys that control the cold storage wallets and only he knew the location of the funds. His death certificate is dated December 9th as the day of death while the report finds that the last transaction was performed just a day prior to this incident.

Jesse Powell believes that if the funds are indeed stored in other exchange wallets (or even in his own exchange’s wallets perhaps through pseudonymous identity) then this provides the best chances of recovering them.

This is the best hope that QuadrigaCX clients have — that Cotten was keeping client funds in other exchanges. Unfortunately, nothing at Kraken. Hopefully, others are looking. Could be accounts were created under different names so might take some real digging to find.

Kraken exchange has actually initiated a bounty for $ 100,000 in search of the funds for anyone who will provide information that will lead to the discovery of the funds or their location. It is entirely possible that Kraken did not know the source of these funds when they were transferred to their wallets. Hopefully, they can identify the exit wallets after being transferred out of the exchange if indeed the funds are not in their wallets. Similarly to the other two exchanges, that are yet to release any form of statement whether or not the funds are within their possession, we do hope that they will make positive affirmations so as to lay most of these conspiracy theories to rest.