Home CryptoNews DEXON advances in the tests of its network
CryptoNewsFeaturedTechnology

DEXON advances in the tests of its network 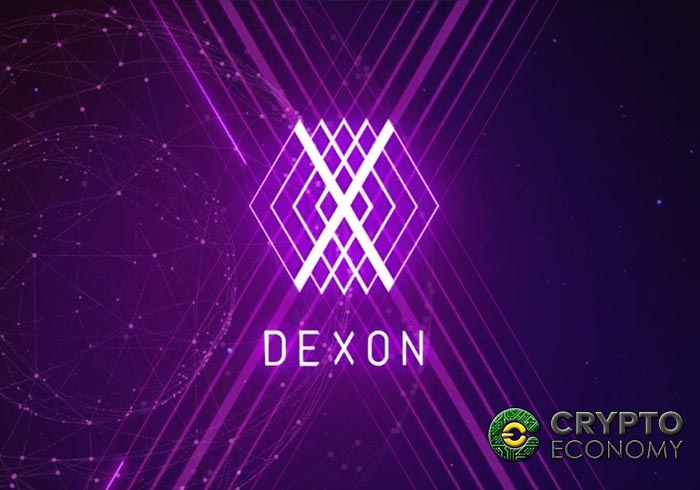 Let’s start by mentioning that DEXON is a blockchain platform focused on the development of DApps. The DEXON programming language allows developers to create and implement DApps with ease, and helps the mass adoption of these solutions through their highly scalable distributed accounting technology.

The advances in blockchain technology that we are observing day by day have an important factor at stake, and that is the investment of capital to be able to start up the investigations and necessary implementations in each case.

From the ICOs, roasting more conservative financing schemes as well as through private investors, these new platforms have been advancing demonstrating commitment and conviction in achieving their development.

DEXON Foundation has received $ 20 million in a new round of financing led by hedge fund firm IDG Capital. The purpose of this fundraising is to apply it to expand and strengthen its main specialty, which is the development of DApps.

DEXON launched in June this year its “Blocklattice” protocol, which is able to significantly increase the speed of encrypted transactions, which is a must in cryptography.

DEXON says that its protocol can ensure transaction speeds comparable to those of major credit card companies today.

In addition to IDG Capital there are more important private investors that have good prospects for the success of the development of the DEXON protocol and its impact on improving the speed of cryptographic transactions, especially for decentralized exchanges (DEX).

It is not unreasonable to consider the close possibility of DEXON associating with the main credit card companies in terms of adding forces from the perspective of transactional speed in a decentralized environment such as the blockchain environment.

This would mean a decisive boost in the facilitation of blockchain transactions and their massive adoption.

DEXON recently announced through a press release the results of the initial speed test for cryptographic transactions in its network. According to the data collected from its self-assessment, the protocol supports a transaction speed of up to 50 blocks per second with 25 nodes.

For this to be better understood, that speed means that the network is optimized to handle at least 1,000,000 transactions per second as long as the individual blocks have a size of 2MB. Not bad to be a test.

Keep in mind that credit card companies such as MasterCard and VISA are able to support up to 1,971 transactions per second, so the DEXON protocol numbers are very encouraging.

The results of DEXON and its network can mean that DEXON very soon arrives to position itself as the most important blockchain network in the world. Thus the constant advances are leading to a more prompt facilitation for the massive adoption of cryptography.

0
Bepro Network has converted itself from a decentralized gaming and betting protocol to a new platform that aims to revolutionize decentralized application (Dapp) development for builders without having a core development team.
Read more
Companies

0
Dapper Labs the firm behind CryptoKitties took the crypto sector with a bang in 2017 with its breed digital tokens whose transactions exploded Ethereum...
Read more
EOS News

0
Tron network is focusing on creating entertainment- based decentralized applications and has seen a tremendous success in this regard. 513 DApps on the network...
Read more
Companies

0
Through its subsidiary, Ground X Kakao together with its partners, have launched a public blockchain network dedicated to developers working in the blockchain space. While...
Read more
CryptoNews

0
In an attempt to launch GPUSPH Software Simulator, EDF, the fifth largest utility, has partnered with iExec Dapp based on the Ethereum ecosystem to...
Read more
- Advertisment -