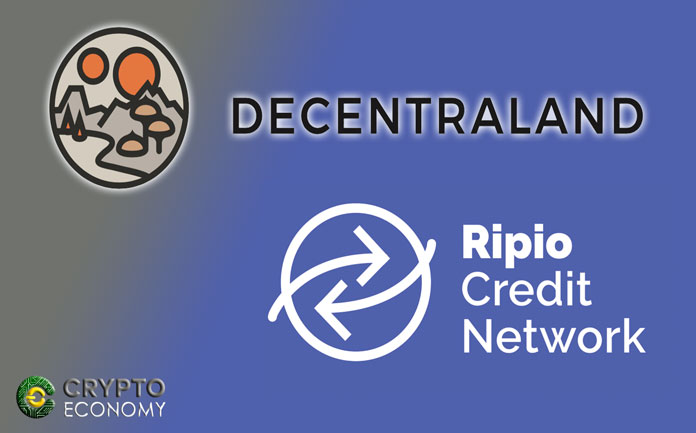 Ethereum-based virtual reality platform, Decentraland and Ripio Credit Network (RCN), a borderless peer-to-peer credit marketplace also based on the Ethereum blockchain have partnered-up to offer their users an avenue to purchase land in Decentraland through smart contract-based mortgages.

According to a recent announcement by Decentraland, investors and purchasers of virtual land on the Decentraland marketplace can now request a mortgage during purchase. The team at Decentraland, through the announcement, believe that this partnership brings two well-suited partners together.

The entire Ethereum community is excited about this partnership especially developers who are purchasing virtual land on Decentraland to create rich, interactive, 3D content.

The partnership will especially lower the barrier of entry for most users including developers, digital assets enthusiasts and artists with a need for the virtual real estate.

Decentraland has a vision of providing the infrastructure for a 3D-virtual world. Virtual land on the marketplace has been subdivided into several parcels of 10m2 each and represented by non-fungible Ethereum tokens called LAND. 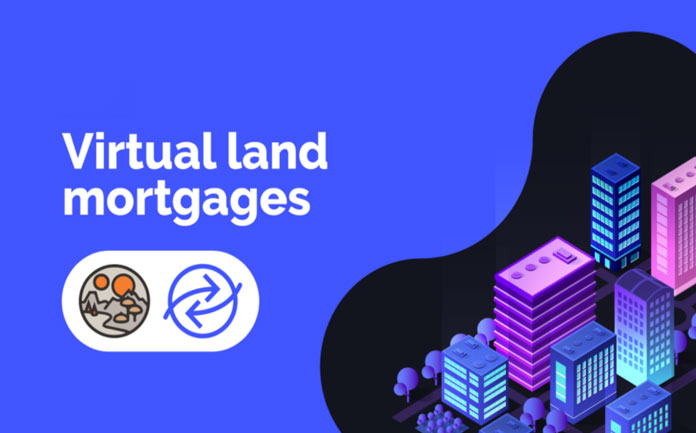 Currently, developers can actually build games and mini-applications on the parcels through the Decentraland SDK but soon after the official release of the marketplace, developers will be able to integrate virtual reality (VR) technology and allow users to explore their creations and interact with their mini-applications.

Ripio, on the other hand, is a global smart-contract peer-to-peer blockchain based credit network that allows lenders and creditors to interact without the need of a trusted third party such as a bank. The lending process is made transparent and reliable through the Ethereum blockchain.

The RCN CEO Sebastian Serrano commented on this announcement and said that the partnership offered an “exciting new horizon for Ripio.” Serrano believes that such a partnership shows just how significantly valuable different applications based on the blockchain can become once they start working together. He said:

“The partnership between RCN and Decentraland…is one of the first examples that highlight how different smart contracts-based applications can work together. At RCN we drive our efforts to connect lenders and borrowers and offer them.”

“Decentraland is dedicated to making the exciting new world of virtual reality decentralized—ruled by open standards as opposed to one central organization. This partnership will help us fully commit to that mission, as the buying and selling of land—the basis of all the exciting things our users can create in VR—will not just be decentralized, but done on the leading global blockchain-based credit network.”