Dash is associated with a well-known chain of Venezuelan restaurants 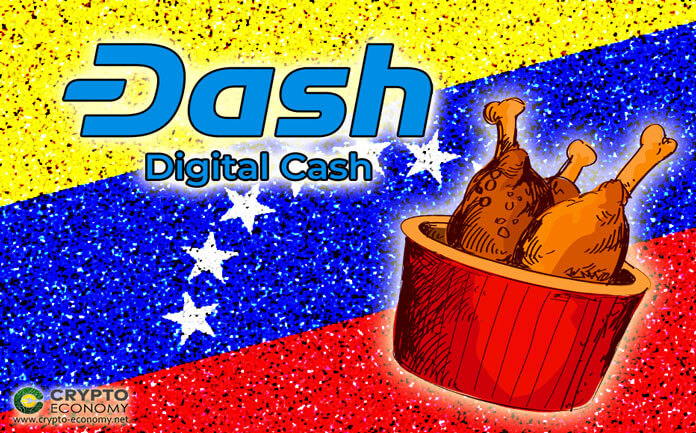 Venezuela´s  chain of restaurants, Church’s Chicken, presents its customers who pay through the Dash cryptocurrency with additional free food. Its latest promotion was sponsored by the business development department of Dash Venezuela and the Dash Core team.

Back in December, Church’s Chicken announced that it was accepting Dash in 10 of its 13 locations across Venezuela in an effort bored thanks to Dash Venezuela and Dash Core team’s business development department. Dash became the first cryptocurrency to be accepted by the Chicken franchise and until now remains the only digital currency used as an alternative to using Venezuela’s Bolivar.

Bradley Zastrow, the Global Head of Business Development for the Dash Core team commented in December during the launch of the first collaboration with Church’s Chicken and said:

“We’re proud to be the exclusive cryptocurrency payment for Church’s Chicken in Venezuela, it’s further evidence that Dash leads the way in digital payments. The Dash Venezuela team has done an incredible job fostering this emerging ecosystem on the ground, and it’s exciting to be integrating with a major national food chain at the franchise level, or the first time in Dash history.”

According to Wikipedia, Church’s Chicken is the fourth largest fast food chicken restaurants franchise after Kentucky Fried Chicken, Popeye’s, and Chick-fil-A. Its acceptance of Dash brings cryptocurrency closer to mass adoption. Promotions similar to this are aimed at creating buzz around the Dashpay product and getting more people to using cryptocurrency.

Venezuela is undergoing a runaway inflation scenario which means that the Bolivar is worth less every single day and Venezuelans are desperate for a quick alternative to preserve their earnings’ purchasing power. Cryptocurrencies such as Dash and Bitcoin are providing that safety blanket against inflation for those that understand how to use the digital assets.

However, for the technologically challenged, its initiatives such as those rolled out by Dash Venezuela to educate and campaign for merchant adoption that will help these people finally adopt the cryptocurrencies. According to DiscoverDash, there have been more than 5,000 merchants worldwide that have accepted Dash with close to half of that number being merchants based in Venezuela.