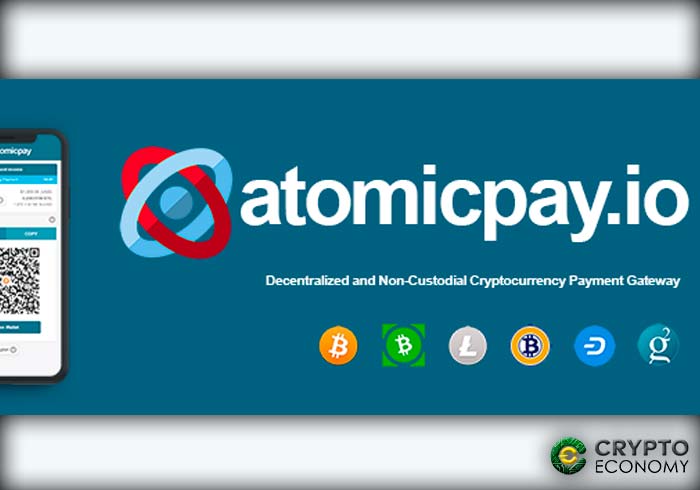 AtomicPay, the decentralized cryptocurrency payment processor has a new WordPress Plugin out. The plugin is created specifically for WooCommerce websites and will enable merchants to accept Dash cryptocurrency among five other major cryptocurrencies as well.

AtomicPay has several selling propositions but chief among them is that it allows merchants to accept payments in cryptocurrency without requiring private keys. Ergo it doesn’t store client funds, which works to its advantage by eliminating security holes and bolstering its resistance to censorship.

Another feature that the plugin introduces is its high degree of customization to suite the myriad needs of different E-commerce store operators.

For instance, a merchant can customize the plugin according to the store interface and enable matching colors, notification settings and relay of order summaries. In addition, one can alter the transaction wait speed and order status messages.

The WordPress platform has become so popular that it now powers over one-third of all websites on the internet. Through the WooCommerce plugin, Dash is poised to get more exposure and acceptance leading to more adoption through utilization of the WordPress platform.

Merchants who are interested in using the plugin can check the AtomicPay GitHub repository for instructional material on how to install and configure the plugin to ensure seamless merchant adoption.

The case for the need for POS services – similar to AtomicPay’s – is the need for security and privacy. On top of that, most businesses have found out that using personal wallets to accept cryptocurrency exposes their accounts to the snooping eyes of their competitors which could easily erode their competitive advantage.

To get around this problem, most POS service providers afford the merchants the privacy that they crave while also offering the convenience of accepting payments through the widely popular QR codes. In addition, using a POS will allow the customer to pay in more cryptocurrencies according to their choices as opposed to listing personal addresses on a payments page which could negatively affect the user interface for the website.

According to DiscoverDash, a website that tracks the merchants who accept Dash as a payment model, there are currently more than 2,500 merchants globally listed on the service.

0
According to a blog post the cryptocurrency custodian BitGo has into the staking space. Initially, the company is supporting two tokens, Dash (Dash) and...
Read more
- Advertisment -
Posting....