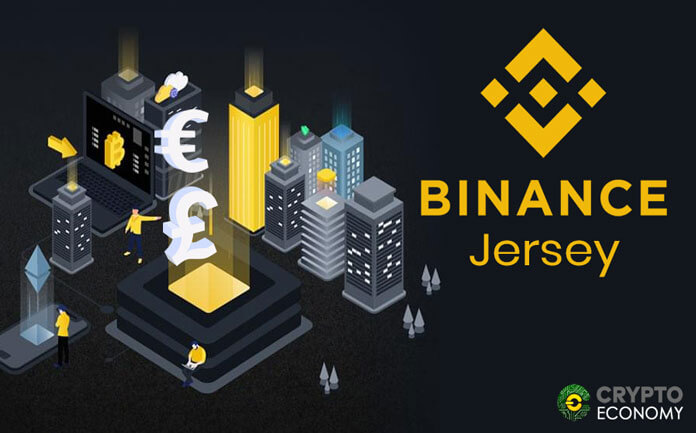 Binance cryptocurrency exchange, the leading exchange in terms of adjusted trading volumes is expanding into Europe. Wednesday 16th of January 2019, Binance shared a press release with some for the leading industry media outlets announcing its expansion into Europe. In the release, the exchange revealed its latest development which is the launch of Binance Jersey.

The new exchange has been established on the island of Jersey which is a British self-governing dependency. Also, this particular exchange will support the trading of cryptocurrency with fiat pairings. For the start, the exchange will be supporting the two leading cryptocurrencies Bitcoin and Ethereum against European fiat currencies the Pound and the Euro.

The press release detailed that Binance Jersey will be an independent entity from the parent Binance.com cryptocurrency exchange. Justifying the decision of establishing the Binance Jersey, Wei Zhou – who is the exchange’s chief financial officer told one of the industry’s leading media outlets saying that,

The exchange also mentioned that its expansion into the European market is aimed at providing “freedom from looming Brexit uncertainty where the pound and euro are also in concern.”

Back in August last year, Coinbase, another major digital assets exchange expanded its operations to Dublin with the aim of providing a contingency plan for when the UK finally exits the European Union.

To aid its expansion into the Island of Jersey, Binance had gotten into a partnership with government-backed economic development agency Digital Jersey back in June of 2018. The partnership was sought to enable Binance to understand the economic and regulatory landscape of the Island especially how to comply with KYC (know your customer) and Anti Money Laundering (AML) laws. The partnership is also meant to create awareness in the general population on blockchain technology and this will be achieved through scheduled training with students.

Speaking of this partnership at the time, Binance CEO said that,

“With its local economy based on a major currency (GBP), and its close proximity to the U.K. and Western Europe, we are confident the cooperation with Jersey will not only benefit the local economy but also form a strong operational foundation for our expansion into the rest of Europe.”