Home CryptoNews Compound investors need to know about this
CryptoNewsDeFiFeatured

Compound [COMP] investors need to know about this 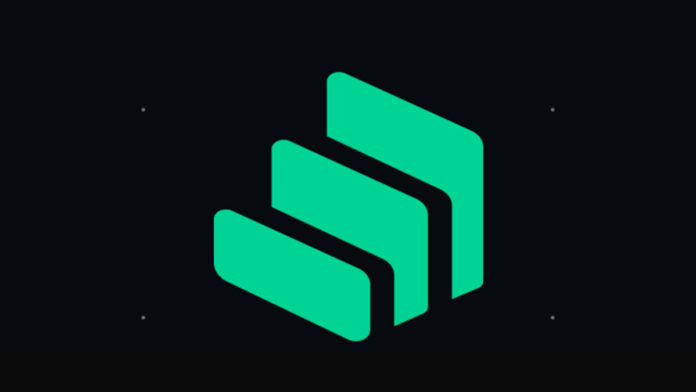 Ryan Watkins tweeted about the Q3 2021 Compound quarterly report with details about interesting facts in the protocol. The latest report talks about protocol-level analysis that can be very useful for investors in this DeFi project.

This is one of the most comprehensive protocol-level analyses you will read, and we hope this can become the standard for DAO reporting moving forward.

The report has four sections covering macro and micro Compound markets overview, governance and events, and the roadmap. Those who are active in the platform and provide liquidity can find many things about the future and decide more wisely by reading the report.

The full report posted on the Messari website talks about the state of Compound in Q3 2021. At the macro level, the analysis says that activity has picked up after the May market crash and continued the rising movement until the end of Q3 2021.

The result was new all-time highs at the end of the quarter in terms of loans and deposits. If the $3B withdrawals on September 30th didn’t happen, we would see very higher ATHs in the analysis for sure. That $3B withdrawal was because of a distribution bug in the protocol. 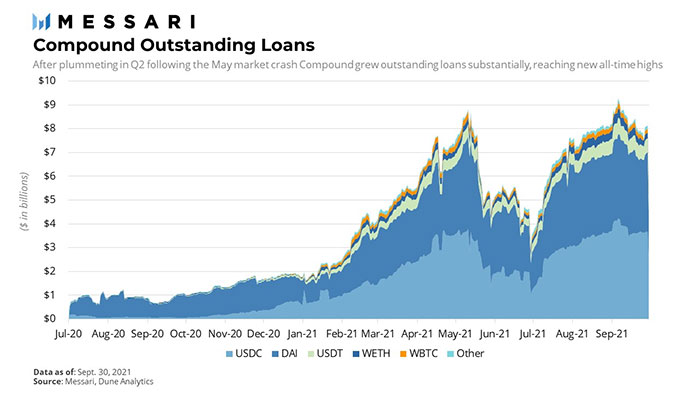 The micro overview at the stats of Compound in Q3 2021 shows one of the quieter quarters in this protocol. All of the markets on the platform remain unchanged except the LINK market.

Four new collateral assets were added to the market in the past quarter, including MKR, AAVE, SUSHI, and YFI. USDC has an astonishing quarter in Q3 2021 in the Compound protocol.

The market for this stablecoin experienced a 101% growth going from $1.1B to $2.4B becoming the largest driver to loan growth in the protocol. At the end of the quarter, USDC accounted for 43% of all Compound loans.

The second-largest driver of growth for this DeFi platform was DAI. Analyzing the protocol in terms of deposits in Q3 2021 shows that WETH has been the largest market. 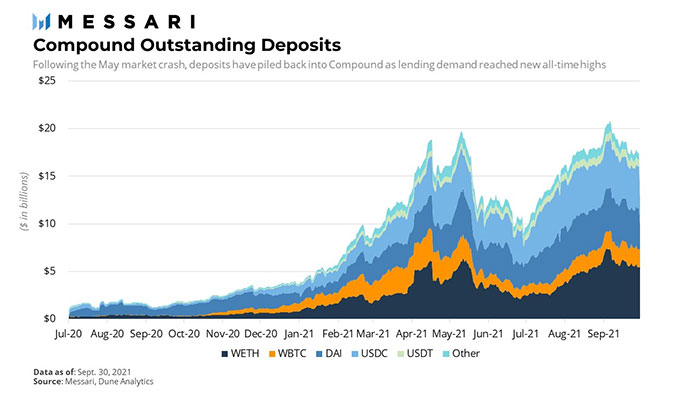 The governance and events part of the report about Compound details the latest proposals and incidents on the protocol. One of the biggest events was the COMP distribution bug that was reported on September 30th.

“In a nutshell, Gateway enables blockchain interoperability by using a type of connector contract called Starport as the core mechanism to connect and transfer value between different chains. Starports exist as contracts on peer ledgers (such as an Ethereum smart contract) and have the ability to lock assets until they are released by a Gateway validator node.”

0
Some metrics in the Compound lending protocol show patterns from investors that are results of the latest movements in the market. Many of the...
Read more
Companies

0
Acala Network, a stablecoin platform and the DeFi hub of Polkadot, has received a grant from Compound Grants, a program by Compound Finance DeFi protocol, to build a gateway into the Polkadot system called Starport to connect the newly-launched Compound Chain with Polkadot.
Read more
CryptoNews

0
Decentralized Finance has continued to grow leaps and bounds. As per the latest charts of DeFi Pulse, the total value locked...
Read more
CryptoNews

Compound, Earn Interest With Your Cryptocurrencies

0
Earning interest from assets has always been an path for a stable income. People have done asset holding and interest rating on traditional financial...
Read more
- Advertisment -
Posting....