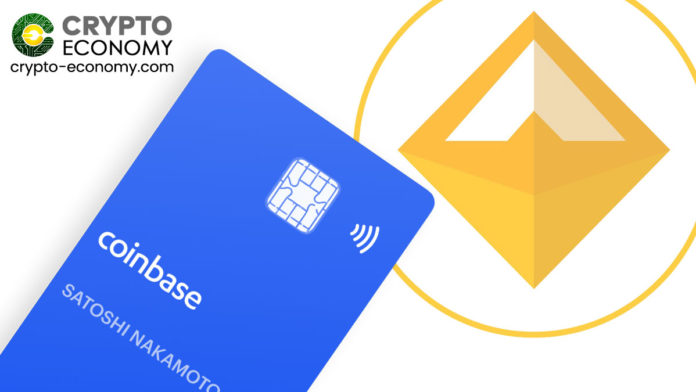 According to the company, the aim of adding support for stablecoin is to enable users to spend their crypto assets with less volatility. The blog post reads:

“For customers wanting to spend crypto with less volatility, DAI could be the answer. DAI aims to always be worth one US Dollar, which offers more certainty to customers when picking up last-minute Christmas gifts, rounds of mulled wine for the office, and beyond.”

Millwood also said the addition of DAI is not just one more asset to spend. The update represents a small step on its big journey to make crypto accessible to all through alternative payment options for its customer base.

As reported by Crypto Economy, on November 14, 2019, Coinbase Card announced the addition of 5 cryptocurrencies including XRP and expanding its services to 10 more countries which include Bulgaria, Croatia, Denmark, Hungary, Iceland, Liechtenstein, Norway, Poland, Romania, and Sweden.

DAI is a stablecoin owned by MakerDAO, a decentralized autonomous organization on the Ethereum blockchain. 1 DAI is equal to $1 as it maintains a 1:1 peg to the USD. The unique features of this stablecoin is that each DAI is backed by Ether instead of a 3rd party claiming to have the required collateral.

According to a report by Hacker noon published on March 11, 2019, DAI, at that time, held 2% of all Ether inside its smart contracts and has issued over $77 MM in DAI (debt) in its system.