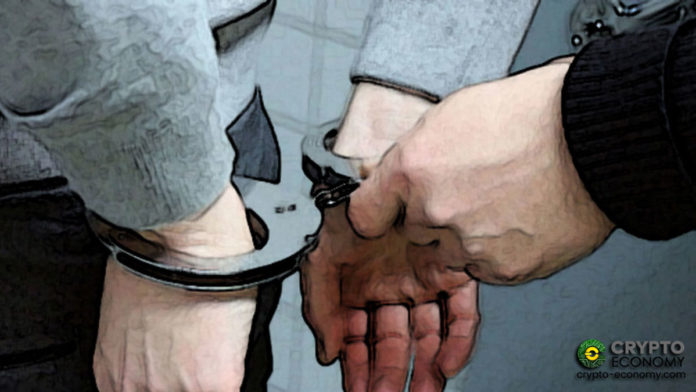 According to a publication of a Chinese local news outlet, Yang Zuxing, former executive of cryptocurrency mining chips manufacturer Bitmain and current CEO of MicroBT was arrested by Chinese police in Shenzhen to assist in an investigation.

According to the reports, Yang has been taken into custody by Shenzhen police over a dispute involving the intellectual property rights of Bitmain. According to some insiders among the mining and exchanges community, if found guilty, Yang could be jailed for between three to seven years.

Yang Zuxing worked at Bitmain as a processor design director. The miner processors such as Antminer S7 and S9 involves his expertise too. In 2016, he left the company after an unhappy discussion with Zhan and Wu for stock options fell through and raised $20 million to found MicroBT.

Bitmain dragged him to the court alleged infringement of a patent that Bitmain was granted for bitcoin miner-related technology. But the MicroBT legal team successfully appealed to a court in China and in September 2018, the court revoked the lawsuit.

According to some sources, the arrest of Yang may be the continual of this case but it is not clear why the police is still resuming this investigation.

This is the third dramatic news in the first quarter of November regarding Bitmain Technologies Co. Crypto Economy reported on October 30 that Wu Jihan returned to Bitmain ousting fellow co-founder and biggest shareholder, Micree Zhan. He dismissed Zhan all of his duties and warned that any staff still communicating with him might be fired.

According to people in the industry, Wu may have restarted this investigation.

However, the recently expelled Zhan published an open letter to his WeChat account this week alleging that he was removed from the company without his consent and decided to take his fight to the court to regain his position as the CEO of the leading chip manufacturer.

MicroBT, the maker of WhatsMiner bitcoin mining equipment, has become the toughest rival to top miner manufacturers such as Bitmain and Canaan. On September 23, 2019, in a speech at the New Era Mining Summit hosted by mining pool Poolin, Yang said that the company had made about $400 million in just a few months, despite delays to its chip supply. MicroBT had already delivered over 100,000 units since July expected to have delivered 200,000 by the end of September.