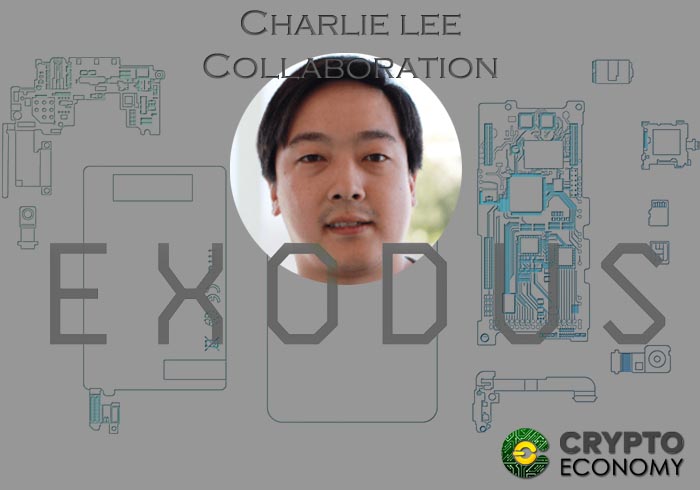 Litecoin (LTC) creator Charlie Lee will be in charge of advising HTC Corporation in everything related to the creation of their new smartphone, HTC Exodus,  which can be pioneer in the market thanks to its integrated Blockchain technology.

“One small step for @SatoshiLite. One giant leap for blockchain. Team @HTCExodus, @philchen913 @htc are honored to have Charlie Lee to join as our advisor.”

According to the news posted in social media, the aforementioned smartphone will have support for Lightning Network (LN) by default.

“Met the HTC Exodus team last week and was really excited to hear the phone will support LTC and Lightning Network on Litecoin natively! I will be an advisor as I see having a secure crypto phone that makes LN simple is needed for mass adoption.”

The Asian tech giant stated about its first smartphone with blockchain apps, that each device will be a node that enables users to have access to their data and ID directly from the phone, instead of storing them on a centralized cloud.

In addition, each device will come with a cold storage wallet for cryptocurrencies. Other specifications, as well as the markets it will initially be available in have yet to be unveiled, however.

It was also known that the smartphone’s launch is scheduled for third quarter of this year, and it will cost about $ 1,000.

On May, HTC confirmed its support to other cryptocurrencies once LTC is included and, in fact, the device will allow to expand its network and LN, which represents a significant progress regarding blockchain development.

“Through the Exodus, we are also excited to be supporting underlying protocols such as Bitcoin, Lightning Networks, Ethereum, Dfinity, and more. We would like to support the entire blockchain ecosystem, and in the next few months we’ll be announcing many more exciting partnerships together. Together, we want to craft the best blockchain & decentralized application experiences to end consumers,” the company said.

Aside from HTC, Asian technology company Foxconn International Holding (FIH) was also selected by Israeli firm Sirin Labs, to create a blockchain smartphone known as “Finney”, which will be based on Android OS and will allow users to store and purchase with digital currencies.

There is no doubt that the creation of smartphones that support blockchain apps poses a revolution in the IT era, for it will enable users to engage in these kind of operations at any moment, at any time, which translate into an improvement on the quality of services.

0
Litecoin was among the top-performing altcoins this week, raking in gains of more than 20% in the past seven days. The LTC bulls managed...
Read more
Companies

0
Popular Taiwanese electronics manufacturer HTC, the manufacturer of the Exodus 1 and 1s blockchain smartphones has partnered with Bitcoin.com, the company behind the fourth...
Read more
CryptoCurrency News

0
Litecoin, ranked the 4th largest blockchain by market capitalization by Coinmarketcap, has had a roller-coaster ride this week following a price surge by flagship...
Read more
Companies

0
Users of the HTC Exodus 1 blockchain phone will soon have the option to earn cryptocurrency while using their phones thanks to a partnership...
Read more
- Advertisment -