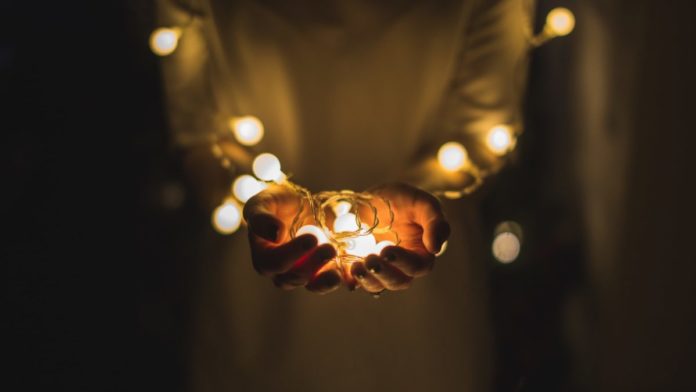 Chainlink’s [LINK] price action has disappointed the investors even as the asset was observed to be gearing up for a decisive advancement. After a gradual rise over the month, LINK settled near $30. The pattern formation wasn’t particularly appealing for the market participants but the price may be looking to resume its bullish momentum.

The asset’s rally in the October series has so far paled when compared to its peers. The once top 10 ranked Chainlink’s exit can be associated with impressive rallies by some of the previously lesser-known tokens. Despite several integrations this year, the native token of the decentralized blockchain oracle network fell to the 16th position.

But the trend is about to change. Here’s why-

Chainlink [LINK] has maintained a steady uptrend since the beginning of October. As a result, the price remained stuck within the confines of a bearish ascending parallel channel forming a series of higher highs and higher lows. This pattern typically results in a negative breakout. But the moving averages anticipated something big. The 50 DMA [Pink] was set to undergo a Golden Cross with the 200 DMA [Yellow]. The 100 DMA Blue]  continued to hover below the LINK price candles.

The uptick in volatility and the trading volume may further bolster the bullish trend.

Chainlink is looking to revive the record rally

The red closing lines of Awesome Oscillator depicted a weakening bearish momentum in the LINK market. The asset’s bullish thesis was backed by the RSI and CMF’s overall direction. The daily Relative Strength Index [RSI] held its position above the 50-median line depicting the dominance of bulls in the market. Closely following the price action of LINK token was the Chaikin Money Flow [CMF] that was treading above the half-line indicating sustained capital inflow.

LINK price is currently battling the $30 price level, a leg up would mean a 20% surge would propel a breakout to the upside and target the immediate resistance level of $35. If buyers manage to create fresh positions above the level, calls for further sharp upswing could result in a bullish extension which is likely to bring back ATH levels of  $42.5 and $52.3, last seen in May 2021.

Over the past month, LINK appreciated by a little over 40%, quite modest compared to other large-cap alts. But considering the above long-term technical perspective, the upside remains more compelling for the crypto asset’s price, especially after the bulls successfully defended the $27-$26 area of support.

0
Chainlink announced the launch of a node on its network by Associated Press for delivering real-world data to smart contracts. The famous news outlet...
Read more
- Advertisment -
Posting....
We use cookies to ensure that we give you the best experience on our website. If you continue to use this site we will assume that you are happy with it.OkPrivacy policy