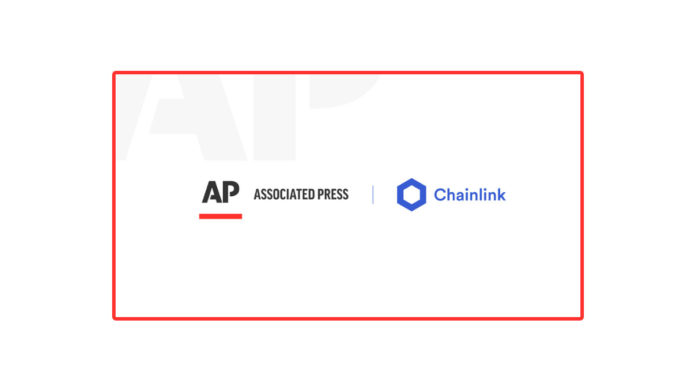 Chainlink announced the launch of a node on its network by Associated Press for delivering real-world data to smart contracts. The famous news outlet will provide high-quality economic data, sports outcomes, and business financials to blockchain projects that use Chainlink.

It’s a very big announcement for Chainlink because of the importance of data that AP can provide to the customers and can be considered as one of the most crucial bridges between the two worlds.

Accessing data from off-chain networks is always attractive. When blockchains can interact with other networks in the form of sending and receiving data and processing it, they can claim to provide real-world solutions.

This approach is among the top for connecting the traditional networks to the innovative world of smart contracts and blockchains. Chainlink is one of the best solutions for this connection with the largest decentralized network of oracles.

Many big blockchains in the industry use Chainlink for accessing off-chain data. It’s the reason that a famous news outlet like Associated Press decided to work with this network for providing its data to blockchains.

According to the latest announcement, AP will make its datasets available to blockchains via Chainlin oracles. The datasets include economic, sports, and race calls. The data will be provided and sold to blockchains that need to interact and process for further use-cases.

The off-chain data can be used for various goals in blockchains. For example, smart contracts can be triggered when something happens in real-world data like election race calls.

Another example is when a trade is triggered on a smart contract when a business releases its quarterly report.

“AP has established itself as one of the most trusted independent news organizations in the world for real-time news in all formats. Given its large and continually growing repository of facts and data, combined with Chainlink’s proven oracle infrastructure for providing reliable data feeds across leading blockchain networks, it makes sense for the AP to launch a Chainlink oracle node and support innovation within emerging smart contract industries.”

The latest announcement from AP is a step they have started for some time. The famous news outlet is among the most active ones in embracing blockchain technology and moving toward its world.

Some of the previous works are collaborating with Everipedia to publish U.S. race calls on Ethereum and issuing the first media NFT in early 2021.

0
Chainlink's price action has disappointed the investors even as the asset was observed to be gearing up for a decisive advancement. After a...
Read more
- Advertisment -
Posting....