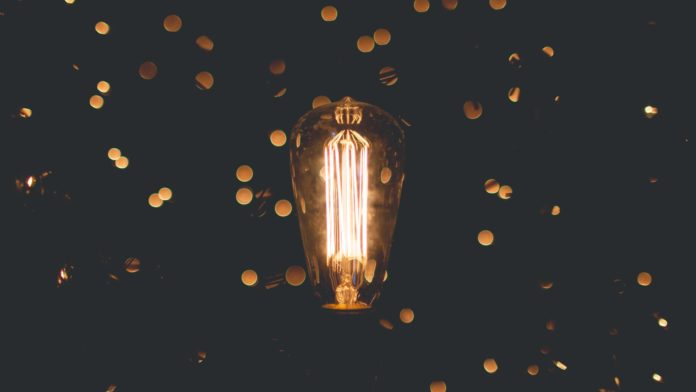 Chainlink [LINK] has been late to the party. For the most part, its price has remained stuck in a consolidative phase even while the rest of its counterparts already rallied higher and some even set up fresh all-time highs. Beginning September, the crypto-asset gained significant momentum which has catalyzed its surge to levels last seen in mid-May and it was now rallying in the second leg of bull-run.

Most of the crypto-assets have rallied exponentially this summer, some of the prominent ones such as Chainlink have yet to do so. Will the latest surge in buying pressure catalyze the rally?

After posting 43.37% weekly gains, LINK rose to $35.65. It further strengthened its position as the 12th-largest crypto-asset with a market cap of $16.06 billion surpassing Litecoin [LTC] along the way.

More than a month-long consolidation later, LINK’s volatility saw a massive uptick in tandem with its price action as well as rising trade volume depicting a promising trend. The bulls have sliced through the crucial 161.8% Fibonacci retracement level. This move could represent a further upswing all the way to $42.25 which could open target levels $49.31, and $53.67 respectively.

On the other hand, a breach from this level could lead LINK to revisit the $29.33 support area. The bullish thesis will be invalidated if the bears continue to push the price to swing lower, thereby bringing $27.31-level at play which is a significant demand zone and is likely to push the price back up.

The green closing bars of Awesome Oscillator [AO] demonstrated gradually rising bullish momentum in the Chainlink market. The MACD also flashed green signals after a bullish crossover last week. The Relative Strength Index [RSI] pierced through the overbought zone and was hovering above 72 for the first time since February as buyers approached to amass the token.

In a nutshell, the technicals look bullish for the oracle token, LINK. At this point, chances of a reversal from the rally are bleak.

The market is heating up, so are oracles. #Chainlink following the path. pic.twitter.com/vOnNHrumKX

The ongoing uptrend has been particularly exciting for the market, particularly for Chainlink that has been trading sideways for a long time. But August was a “monumental month” for the Chainlink ecosystem as a whole. Developments such as CCIP and Keepers mainnet rollout at SmartCon was a key driver in pushing its native token’s price. To top that over 75 new integrations have attracted more buyers.

Right after LINK breached the $30-level, its social volume soared as well as per the latest chart by blockchain intelligence company Glassnode. The rising number of addresses was yet another indicator of investor interest in the token. 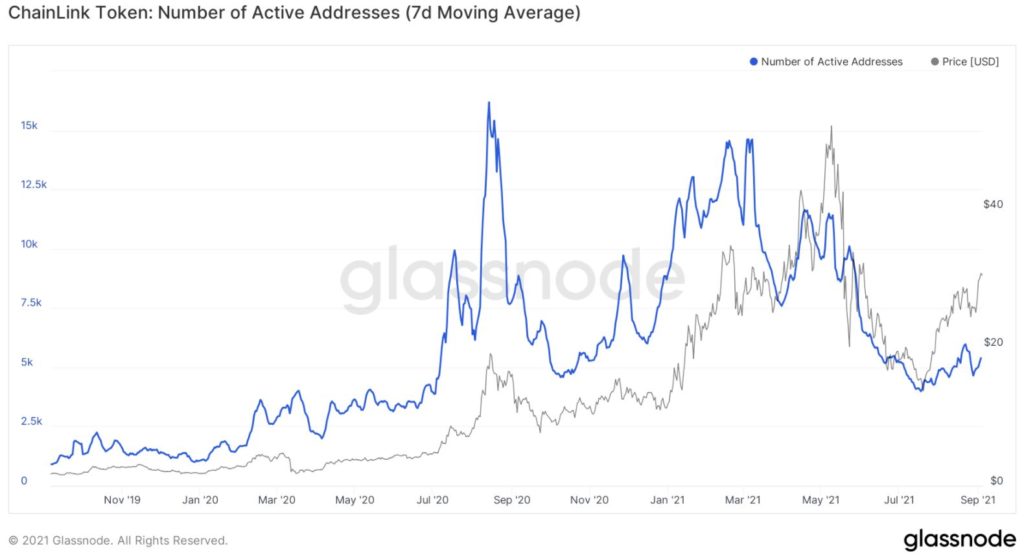 0
Galaxy Digital is a financial service innovator in the digital asset and blockchain space. It is known for incorporating new technological changes in the...
Read more
Price Analysis

0
Litecoin may have slipped in market cap and is currently below the top 20. However, the coin is in green, outperforming Bitcoin and Ethereum...
Read more
Price Analysis

0
Like the rest of the crypto markets, Chainlink prices are rising with the tide. Currently, LINK prices are stable in the previous 24 hours...
Read more
Price Analysis

0
Litecoin is currently stable, but the uptrend is solid, reading from the performance in the daily chart. Yesterday, bulls failed to build on gains...
Read more
Companies

0
It has been announced that Binance will end the support for anonymous Litecoin transactions. The fact is that Litecoin's MWEB upgrade, which makes transactions...
Read more
- Advertisment -
Posting....