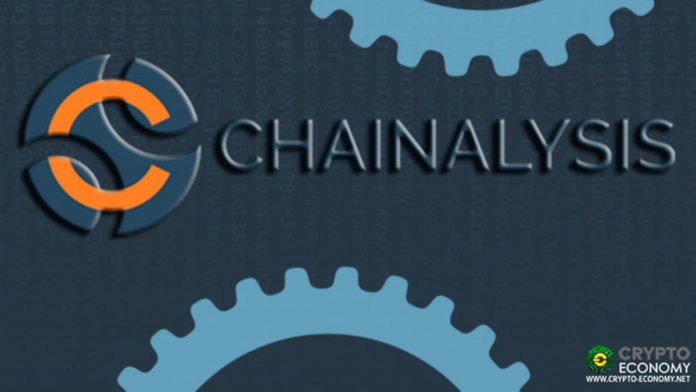 Blockchain analysis firm Chainalysis has increased the number of supported blockchain assets in an effort to gain more coverage of the increasingly challenging blockchain landscape. The new additions are ERC-20 tokens which include popular tokens such as Basic Attention Token (BAT), OmiseGO (OMG), Dai (DAI), Maker (MKR) and 0x (ZRX).

A total of ten new assets were added in its latest announcement this week. The analytics firm aims to increase its ERC-20 support to include at least 39 assets before the end of the year. Not only those but according to a Thursday press release, Chainalysis, the company aims to add support for blockchains such as Ripple, Ethereum Classic, Doge and privacy-focused chains Dash and Zcash (unshielded).

Citing several past attacks on trading platforms and other less publicized incidents, Chainalysis notes that a vast majority of stolen assets were ERC-20 assets. This means that they are based on the dominant Ethereum platform. Chainalysis Co-Founder and Chief Strategy Officer Jonathan Levin said that,

“There clearly are a lot of experimentations and demand coming from the market, on what can be tokenized and traded, but at the same time… we also see that many of the recent exchange hacks that we have been tracking have been ERC-20 tokens stolen.”

In April this year, the company added support for leading stablecoins also based on the ERC-20 standard. These included GUSD, USDT, USDC, PAX, and TUSD. At the time it also added leading cryptocurrency exchange Binance’s native token Binance Coin [BNB] which was based on the Ethereum network. It has since migrated to the newly launched Binance Chain platform.

“Developing ERC-20 stablecoins tied to various financial assets is an important part of our strategy to bridge the gap between blockchain and the traditional financial markets,” said Doron Rosenblum, Managing Director of eToroX. “Chainalysis was able to quickly support this vision by developing the compliance technology we needed to safely and responsibly bring this strategy to life.”

Chainalysis counts government agencies and leading cryptocurrency exchanges such as Binance and Bittrex among its customers. Its product features include the popular KYT (Know Your Transaction) software which the company claims to be used by “more than 130 customers in 40 countries to screen transactions in real-time and receive alerts on suspicious activity.”

“A robust compliance infrastructure is essential to underpin the growth of this rapidly expanding, global industry,” Levin added in a statement. “By working closely with our customers and partners, we built a scalable platform that enables us to support more cryptocurrencies at a higher velocity.”