Cardano [ADA] Moves a Step Closer to the Shelley Release 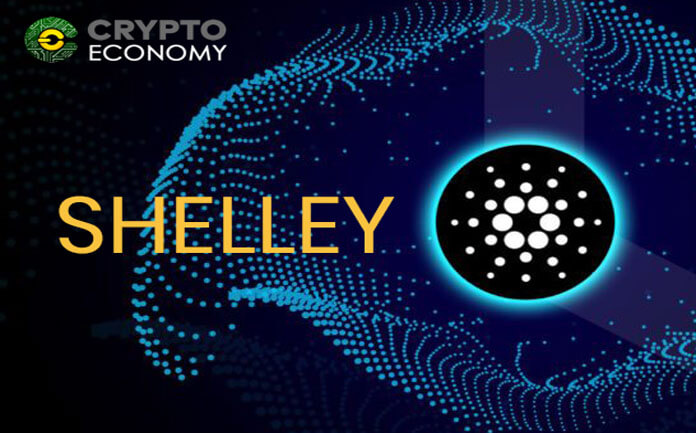 Cardano, the fully open source, decentralized public blockchain and cryptocurrency project is currently moving closer and closer towards its next major update, -the Shelley Project. Shelley is among the many projects carried out by the Cardano team. Its main aim is to prove beyond all doubt that, like all good blockchains, Cardano will become fully decentralized and autonomous.

The Shelley project comes after the Byron phase, which was the bootstrap era. The next phase expected to bring unprecedented security and dependability to blockchain systems is the Goguen phase.

Charles Hoskinson founder of Cardano and CEO of Input Output Hong Kong (IOHK), recently posted on his twitter handle that he was about to depart to Berlin in order to participate in an internal workshop. His tweet clearly stated that they had 50 pages of math to go through in order to finalize the design of Cardano’s delegation mechanics.

According to reports the finalization of the delegation mechanics is one of the major hurdles to clear before the general release of Shelley.

There’s even more good news for the Cardano community as Hoskinson has also taken a clear interest in teaching Africans to code. The ‘Transform Africa Initiative’ aims to educate Africans about the Haskell programming language. This will enable Africans to participate in future Cardano developments.

According to CoinCodeCap Cardano (ADA) turned out second out of a hundred as the most actively developing coin in 2018. Well, we expect just as much progress this year, since the platform has a lot of promises and potential.

Despite the large trail of competition against Cardano, the process by which it is developed is what sets it apart. With an aim to build the best possible system based on the available science and theory, the team utilizes the academic and formal methods in which researchers prove their theories. This implies that every Cardano product that has been released by IOHK undergoes a tight verification process.

0
Thanks to the Alonzo update, Cardano managed to swoop in and join the big leagues. However, its current price inaction poses a serious...
Read more
Cardano News

0
Cardano blockchain has recorded a new milestone by being the second most active blockchain in the last 24 hours. It took the place of...
Read more
- Advertisment -