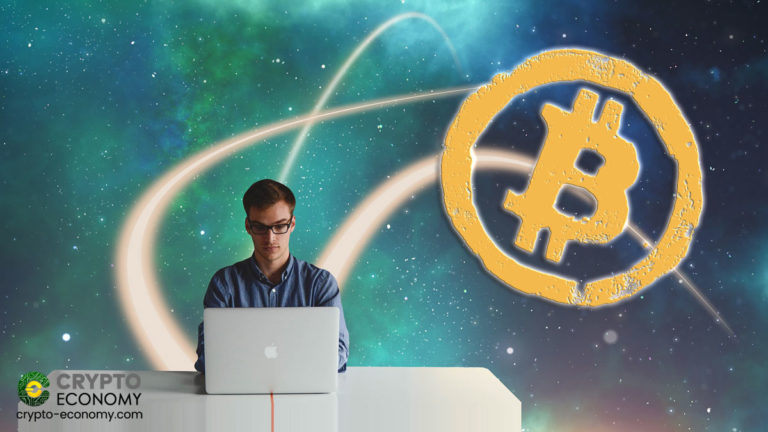 As Crypto Economy reported, Tuesday, October 19, was a historic day for Bitcoin (BTC) as the world’s first Bitcoin Futures ETF by ProShares, under the ticker symbol BITO, went live on NYSE that generated an astonishing $1 billion in volume and over 24 million shares traded on its very first day. According to some reports, this first Bitcoin-linked exchange-traded fund listed in the US debuted as the second-most heavily traded fund on the record.

As expected, this historic moment has helped the world’s largest crypto asset by market cap to achieve its new all-time high (ATH) on Wednesday, October 20. According to crypto market tracker CoinMarketCap, the coin crossed its previous ATH of $64,895 on Wednesday evening and then continued to post a new ATH of $66,930. The price has corrected a little and the coin is now changing hands at around $65,000 at the time of writing.

This watershed moment is positively impacting the overall cryptocurrency market. As the confidence in crypto is growing, so does the DeFi activity. With this recent crypto rally, the total value locked (TVL) on Ethereum-based DeFi protocols has also crossed $100 billion for the first time, according to the data provided by DeFi Pulse. Aave is leading the DeFi by having more than $17 billion in TVL on its platform.

According to DeFi Llama, the TVL on all DeFi platforms is $219 billion.

VanEck ETF is Coming Next Week

A Bitcoin ETF has been long-awaited by both the crypto community and investors on Wall Street, many of whom have argued for years that approval by regulators would open up digital currencies to more mainstream investors. Some thought that the US might ban cryptocurrency altogether like China, but the government’s approval of Bitcoin Futures ETF is an indication that regulatory headwinds may not be as strong as some expect.

As the first Bitcoin-linked ETF has gotten the regulatory green light, many more are waiting in line. VanEck will be the second asset manager to share its part in this new era of Bitcoin. A document filed with the US SEC on October 20 indicates that the regulator has given the company permission to launch its fund after Saturday, October 23. The company has announced that its Bitcoin Strategy ETF, under the ticker symbol XBTF, will go live on Monday, October 25.