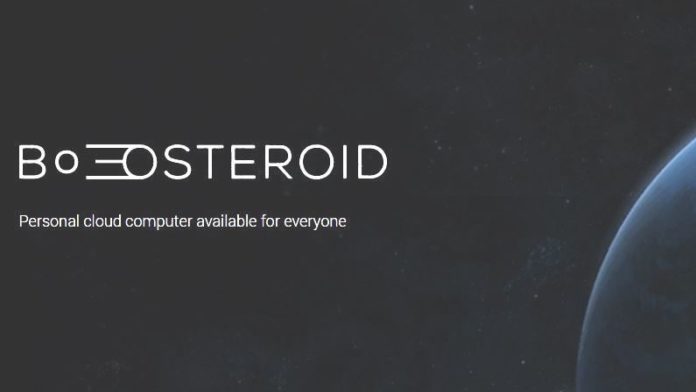 In this opportunity we will talk about a project whose ICO is active, and whose proposal of services in the cloud we cannot let go unnoticed: Boosteroid. They certainly pose as a problem to solve the continuous access to the modern resources that in turn will facilitate and accelerate the solutions of the global problems, all through processes that are carried out all over the world and online. The answer to this question is hidden in the use of computer technologies in the cloud, which every day grows in adepts and whose expansion is indisputable.

Cloud computing is a model of network access to configurable computing resources that can be easily delivered at minimal operating costs, with enormous functional advantages. In this sense there are two main types of clouds: public and private. The public cloud is used for free access by a large audience, while the private cloud is used by an organization that includes several consumers, which may be paid or unpaid access.

At present, more than 70% of the cloud computing market is occupied by a small group of certain leading vendors. Among them we can mention Amazon Web Services (about 34%), Microsoft (11%), IBM (8%), Google (5%) and others take a much smaller market share. New players in the market cannot offer significantly lower prices, because they only develop software products (complements for the combination of existing computer resources) and do not have their own hardware, which is a limitation.

Thus, users not only face the high prices of computer power income offered by market leaders, but also the difficulties in accessing computing resources.

In order to make the rental of computing capabilities as accessible as possible, Boosteroid began to be developed in October 2016. Its team is formed by professionals of information technology and artificial intelligence mainly.

Now, what is Boosteroid?

Boosteroid is a cloud services platform that provides convenient access to computing resources, storage, software products and other related  features. 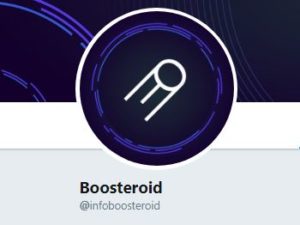 Boosteroid will allow you to abandon costly personal computers in favor of a powerful cloud computing with an easy-to-use interface and simple administration. All kinds of activity can be carried out, taking in mind that a computer can perform a variety of tasks in the cloud, from working with texts to analyzing DNA, for example.

One of the advantages that this platform will offer is an affordable cost, in fact the lowest rental cost in the computing power market, making Boosteroid available to all users worldwide.

Boosteroid also plans to provide some of its capabilities to third-party projects, for example providing 10% of its capabilities for artificial intelligence projects that address the problems of aging. The implementation of these tasks requires a great capacity of computation and its creation as well as its leasing today is extremely expensive.

The criteria for the selection of startups that will be supported with the special contribution of the powers of the platform will be established after the first stage of the ICO in progress.

A good deal of project software will be based on the open source platform, which allows you to provide a wide range of cloud services such as computing, warehouse building, databases and more possibilities.

After the first stage of ICO, Boosteroid  will form a detailed project of computational power creation. They also plan to develop an app store, called BooStore, where users can buy or download applications for free. Then you can install these applications on the PC or in the cloud.

Anyone can invest in the Boosteroid project and buy BTR tokens directly on the website. Once on the web you will be able to follow the steps indicated for the purchase of tokens. 100.000.000 tokens were created. BTR tokens are created on the Ethereum blockchain platform under the ERC20 token standard. When the ICO is completed at all stages, all unsold and undistributed tokens will be destroyed.

BTR tokens may be used to pay a Boosteroid computing power rent or to exchange them at a higher price on the main cryptocurrencies markets. In any case it is always a smart investment that is well worth doing, and more taking in mind that the niche services of this platform is in constantly growth.

The cloud services project platform that will provide convenient access to computer resources, warehouses and various software products will be implemented regardless of the results of the ICO , and in fact already are being created computing facilities for the project.

The BTR token will be available in the main cryptocurrencies exchanges after the second stage of ICO.

When buying the tokens launched by the Boosteroid project, the investors will be able to obtain profits by selling them to a higher price. (Currently, the minimum price for the rental of electric energy is between $ 6.5 and $ 10. Boosteroid offers the same service only for 1 BTR), and Pay the rental of computer facilities at the lowest price.

For the time of writing this the ICO is in its first stage, which began on October 23, and will last until November 6, 2017.

To know more technical details of the project in general, can review their White paper.

By the Crypto-Economy team