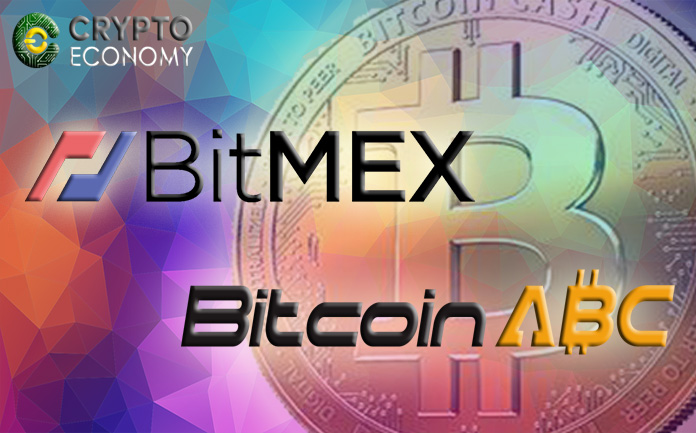 Bitcoin ABC has just scored another point due of the support it will receive from BitMEX after the Hard Fork takes place.

Only a few days away from the Bitcoin Cash fork that could split the chain, due to the incompatibility between Bitcoin SV and Bitcoin ABC, several exchanges worldwide have stated their position.

BitMEX is one of them, and it has just announced its strategy to handle the event, letting the crypto community know its intention to liquidate only Bitcoin ABC contracts, thus ruling out those of Bitcoin SV, a situation that evidently demonstrates its support for the platform favored by Roger Ver.

The crypto exchange’s blog is where the announcement was made through, and subsequently sent to all its users via email. The letter reported:

“Bitcoin Cash is expected to conduct a hardfork upgrade on 15 November 2018… Users holding BCH prior to the hardfork could end up with coins on both sides of the split. On settlement, the BCHZ18 contract will settle at a price on the Bitcoin ABC side of any split and will NOT include the value of Bitcoin SV.”

Likewise, they reminded the Internet community that the strategy is cohesive with the one they used in the 2017 Hard Fork, in which Bitcoin Cash split from Bitcoin. At that time, BitMEX settled the contracts according to the price of Satoshi’s currency.

Last Monday, the cryptocurrency derivatives platform based in Hong Kong, announced on its blog, the launch of a tool that would allow them to monitor the Bitcoin Cash (BCH) hard fork.

The program called ForkMonitor.info was described by BitMEX as a handy resource for checking out the situation during network updates (soft fork or hard fork), as well as being potentially useful in helping to detect unintended consensus errors. 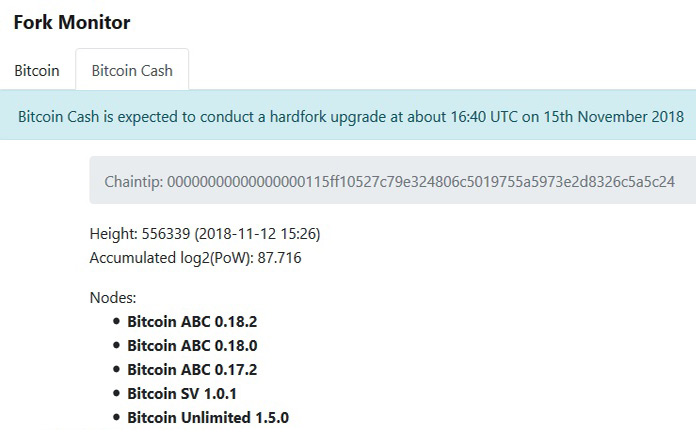 BitMEX, is the latest exchange to show its support for Bitcoin ABC.

In the past other exchanges such as Binance, Poloniex and Coinbase, have taken similar positions.

Binance, world’s largest crypto exchange, was the first one to inform its decision to support BCH for its upcoming split In the same way, they announced that they would suspend all deposits and withdrawals of the digital currency from 1 to 2 hours before the event take place.

In the case of the cryptographic company valued at $8 billion, Coinbase, they declared that they would temporarily stop both sending and receiving of the BCH wallets on its platform and in its applications starting at 8:00 AM on November 15 (day of the fork), a decision taken by investors as an indicative positive in the short-term currency trend.

For its part, Ledger made the decision to provisionally suspend transactions involving the asset until they know for sure which version will predominate. At the same time, they assured their clients that during the suspension, they will guarantee the security of their funds and their private keys.