Bithumb suffers another $ 13 million hack, the second in less than a year 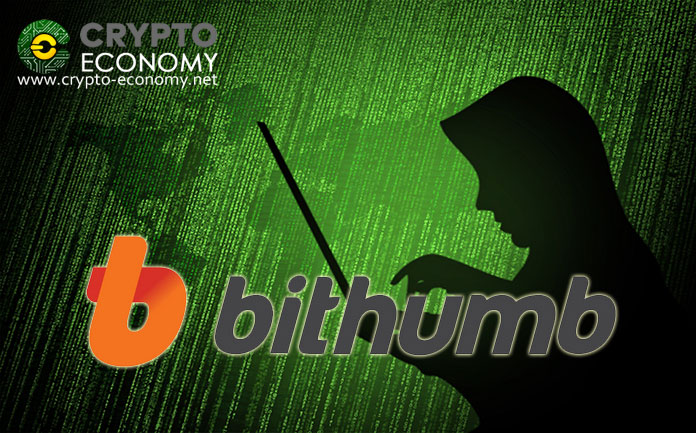 South Korea’s leading cryptocurrency exchange Bithumb has come under attack yet again losing a reported three million EOS coins worth approximately $13 million. This is the second hack the exchange has suffered in under a year following another hack back in June 2018 that resulted in the loss of $31 million in crypto (of which about half was later recovered).

According to the exchange’s officials, this latest hack could have been facilitated with the help of insiders. A statement by the exchange reveals that the exchange has notified the Korea Internet and Security Agency and the country’s Cyber Police Agency to help in the investigations.

The statement shows that once they discovered the ongoing hack, they disabled deposits and withdrawals immediately. The incident took place between 1.00 and 3.00 PM (GMT) (exchange’s local time 10:00 PM) on Friday, March 29th. On detection of the hack, the exchange notified its users through their Twitter page.

“We deeply apologize to our members for delaying the cryptocurrency deposit and withdrawal service, we would like to inform you of the circumstances of the grounds and confirm that your assets are safe,” the exchange wrote on Twitter.

In addition to the reported EOS that the hackers stole, the exchange also reports that as much as 20 billion Ripple tokens (XRP) (worth approximately $6 million) were also targeted but the exchange may have responded swiftly to mitigate the theft. According to a Twitter bot XRP Scan, some Bithumb XRP transactions were conducted around that time with significant amounts moving into an internal wallet while another involved an external wallet. The funds sent to an external wallet were recovered because the transactions failed to execute.

According to Dovey Wan, an analyst on Twitter who has been following up on the flow of the funds, the hacker has moved the coins to several different addresses and some have already been swapped into more privacy-focused coins on non-KYC crypto exchanges. Wan shows that EXMO exchange has received about 662,000 EOS, Huobi 263,000 EOS, Changelly 192,000 EOS, ChangeNOW 140,000 EOS, and KuCoin 96,000 EOS. Acceding to Wan, it could be possible that the hack could be a result of disgruntled employees following last week’s announcement that Bithumb was laying off about half of its staff.

The exchange has promised to resume operations as soon as they can and that they will be integrating a new internal workforce verification system to ensure that all employees are thoroughly verified before they are trusted with exchange accounts.