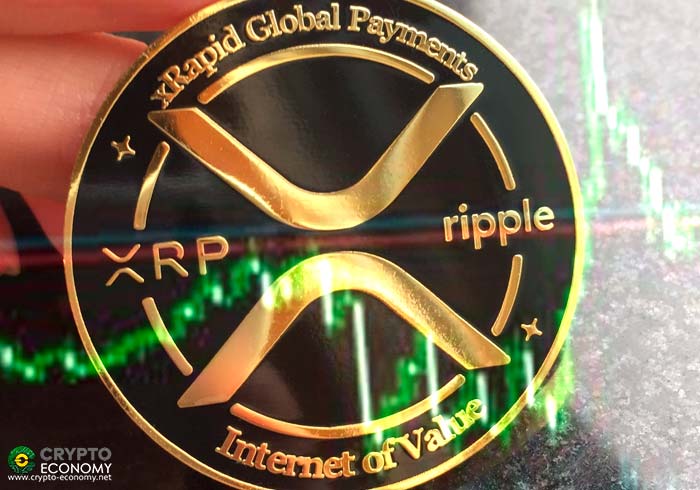 No doubt, Ripple as a blockchain-based remittance service has demonstrated that their solutions are cheap, lightning fast and efficient. They are simply ahead of the pack. Yes, there is the issue of regulations and whether the US SEC will have a favorable classification boosting the asset price, we are yet to know.

What we know for a fact is that Ripple Inc and Ripple Labs are two independent companies and that Ripple Inc happens to own a majority of XRP after Chris Larsen and Jed split.

Those are 65 billion XRPs that the company plans to use as a medium of exchange once there is regulatory clarity unbridling payment processors and banks allowing them to leverage this new age technology via xRapid. However, aside from the US SEC the rise of stable coins as JPM Coin and the entry of IBM could be a game changer.

JPM Coin runs from a private network and permissioned. On the other hand, IBM through the Blockchain World Wire, a pilot program that has been in trial from 2017, has managed to haul six banks. They have a letter of intent and plans to launch their stable coins on the Stellar platform.

If anything, XLM could be an alternative that save these banks of the need of generating stables but it also helps in changing the narrative that digital currencies in their entirety are not secure and platforms for laundering money or destabilizing the existing central bank braced economy. 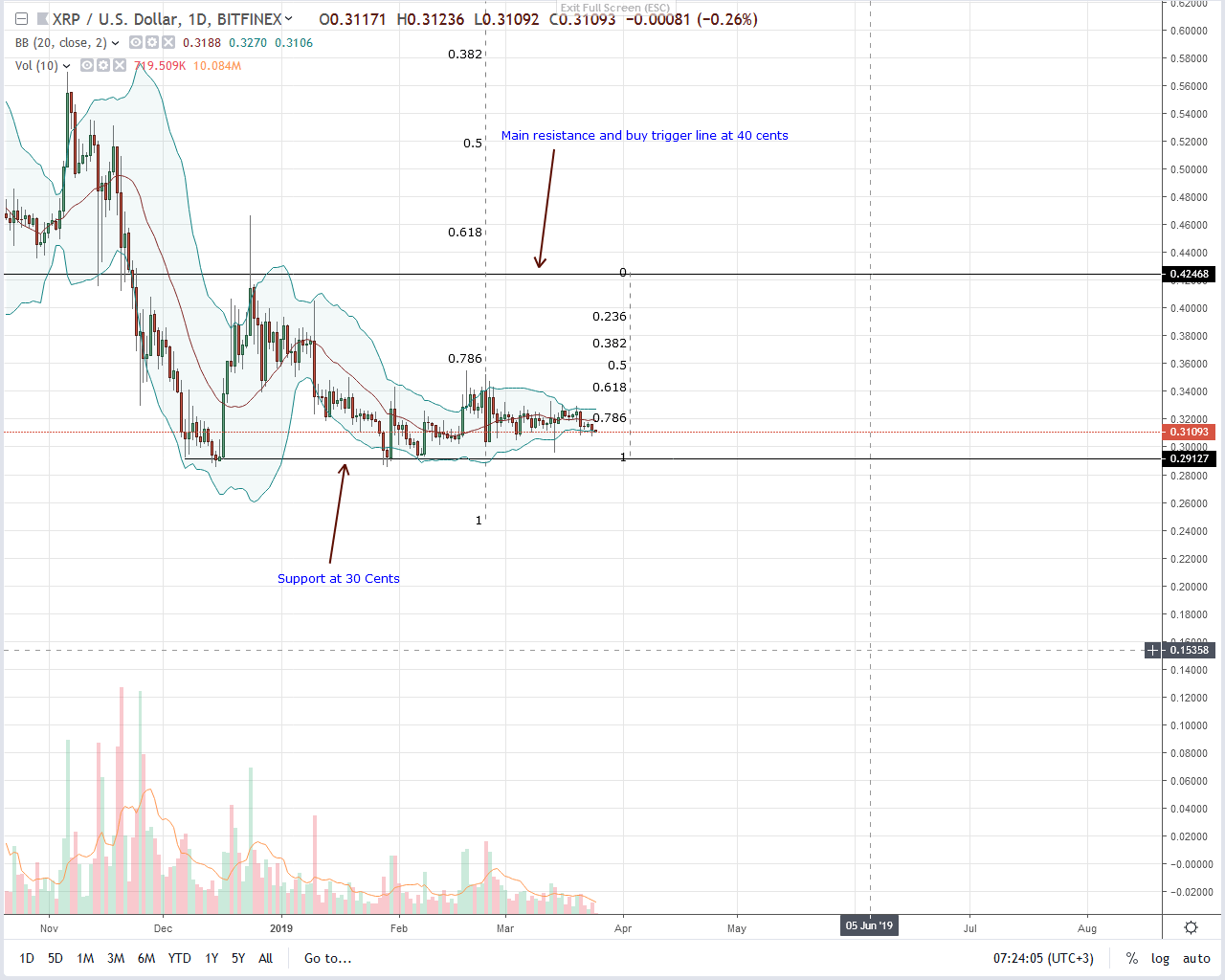 At the time of press, Ripple (XRP) prices were tanking. Down 2.6 percent from last week’s close, the coin is trading within tight trade ranges meaning our previous XRP/USD trade plan is firm and valid. As noted, our range is bound by 34 cents on the upper limit and 30 cents on our lower end.

Each level is a trigger and because we are net bullish expecting prices to expand in days ahead, 34 cents which coincides with the 61.8 percent Fibonacci retracement level of Dec 2018 high low is vital. It flashes well with Feb 24-25 highs and any high volume bar that is wide ranging exceeding volumes of Mar 21—17 million versus 15 million driving prices above 34 cents partly confirms the significance of 30 cents as a reliable support.

Ideal trend setting bar should have high trading volumes exceeding those of Feb 24—61 million, is wide ranging and firmly close above the 4 cents range preferably breaking above 34 cents as XRP demand surge. In light of recent price action, we shall nevertheless adopt a neutral stance and price breaks above 34 cents solidifies our stance while drops below 30 cents cancels our previous XRP/USD trade conditions.