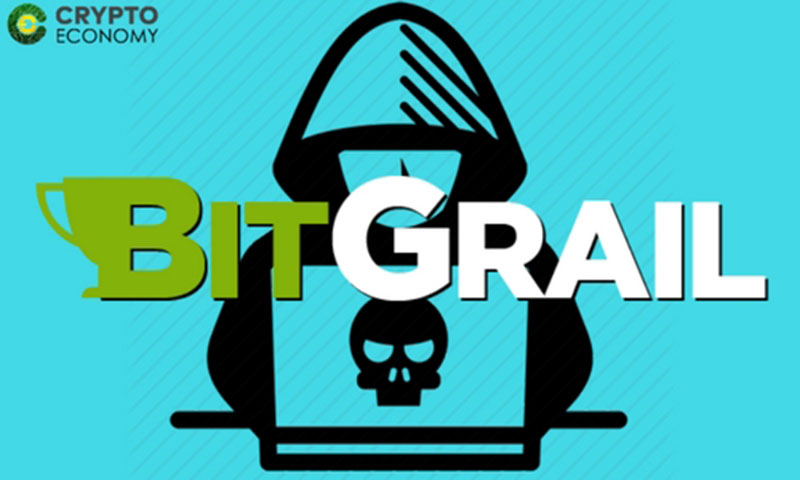 The Italian exchange BitGrail registered the loss of 17 million in Nano (XRB), in an operation of internal checks carried out last Friday where they realized that unauthorized transactions had been made. The amount stolen from XRB represents 13% of the capitalization of this cryptoactive. This incidence becomes the second robbery of cryptocurrencies so far in 2018.

The value of the Nano that moment was $ 11.33 per unit and had a market capitalization equals about 192 million dollars. Therefore, said exchange office revealed that the transactions were suspended until further notice to carry out some checks of what happened. In addition to protect users.

In reference to the XRB withdrawals, they will be enabled again as soon as the problems are solved. For their part they stressed that the funds are safe and that users have access to them. In the same way, they mentioned that the refunds that had been pending since before that maintenance should have been completed.

For its part, Nano reported that this was not due to security problems in the protocol, but to the BitGrail software to manage those funds that had not incorporated the necessary security to work with cryptocurrency. Consequently, this arose from fraudulent activities carried out by an organized hacker group.

Unlike Coincheck who promised to return the money to their users, Francisco Firano, manager and owner of BitGrail, announced through his Twitter account that the Exchange could not reimburse users for 100% of the stolen cryptocurrencies, since they only had 40 million dollars in Nano. At the same time he made some accusations against the Bitgrail project developers.

In an interview with an Italian media, Firano emphasized that his request to Nano was to make a bifurcation to restore the losses of the clients and not to cover the incident. “Your accusations against me are heavy, and I must say they put me in grave danger.” To which he stressed that his social network Twitter @bomberfrancy is full of insults and death threats.

Suspicion is growing around the Italian exchanger BitGrail, after its owner apparently requested that a book register a currency that would be changed after the exchanger will inform that funds had disappeared on Thursday, February 8.

The Bitgrail team in an update on its website published on February 13 stated that:

“We reiterate that we have presented a case to the competent authorities that report the information regarding the hackers, and the errors explored (not attributable to our software).”

In relation to this, Nano fell almost 20% in the exchanges of the last days. Currently the reputation of both BitGrail and Firano seems unstable, which is why Nano continues to consider its behavior as deceptive.

The exponential growth in the price of most of the virtual currencies existing in the market has opened a large field of action for hackers who have developed attack plans, both for cryptocurrency operations and for the technology used for it.

Coincheck, one of the largest cryptocurrency exchanges in Japan, suffered a theft of approximately 523 million dollars. Researchers classify this as the largest in history because of the magnitude and impact it had. The disadvantage of Coincheck and perhaps the reason for what led to this fact is that it lacked a fundamental security measure, as is the multisign.

At that time, the stolen cryptocurrency was NEM, which is among the most valuable virtual currencies according to its market capitalization. Also those that were stored in purses connected to external networks.

However, this company already identified the addresses to which these stolen funds were thrown. Although it is not known who owns those accounts, the developers of NEM created a tool to track any operation made with these currencies and to find their whereabouts.

The South Korean intelligence agency suspects that North Korea may be behind the theft of Coincheck. As reasons for suspicion, the agency considered that the pattern of attack and the background come from that country, although there is no evidence to incriminate them.

0
Web 5.0 aims to build an additional decentralized web that gives you full control over your data and identity and then empowers you to...
Read more
Opinion

0
The concept of cryptocurrency arbitrage refers to the strategy where an investor buys a cryptocurrency on one exchange and then quickly sells it on...
Read more
- Advertisment -
Posting....