Home CryptoNews Companies Bitfinex and Tether obtains a suspension of demand for documents claimed by...
CryptoNewsCompaniesFeatured 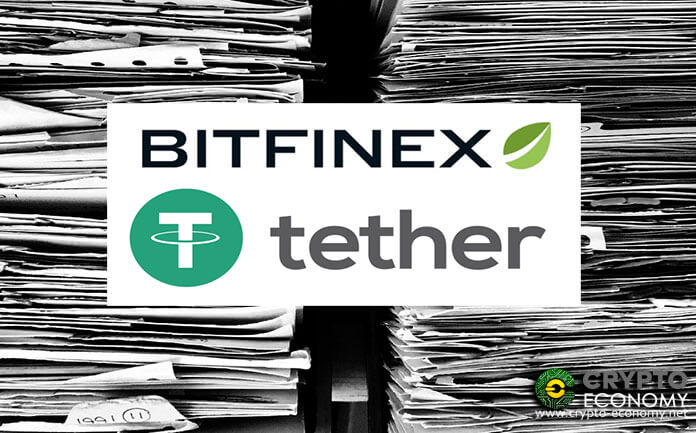 Their initial motion was seeking a complete dismissal of the case against them but instead Hon. Joel M. Cohen of the New York Supreme Court granted them a partial stay of documents demanded by the NYAG. According to the Wednesday ruling, both Bitfinex and Tether will be required to provide documents related to their activities in the state of New York. This follows the two companies’ claim that they do not serve the residents of New York.

In addition, the two companies filed a motion citing the state’s Martin Act of Securities Fraud. The ACT would effectively give more powers to the AG in executing the case if she would successfully classify the case as fraud against investors. However, the two companies are choosing to defend themselves on the matter of jurisdiction stating that they are foreign companies and that the requested documents are stored overseas.

Justice Cohen pushed the motion hearing till July 29th this year according to a press release shared by both companies yesterday. In the press release, they termed the ruling as a “victory” against the NYAG in their ongoing defense.

“We look forward to continuing to challenge the New York Attorney General’s unmeritorious claims, and we will continue to vigorously protect our customers and assert our rights against those making false and unsupported claims against us.”

0
A New York has dismissed many of the allegations made by the plaintiff against USDT stablecoin issuer Tether and crypto exchange Bitfinex in a class-action lawsuit that alleged both companies of market manipulation.
Read more
Ethereum News

0
The Ethereum price is stable but down after September 8 steep losses saw the coin retest $3k. At this rate, the path of least resistance...
Read more
Companies