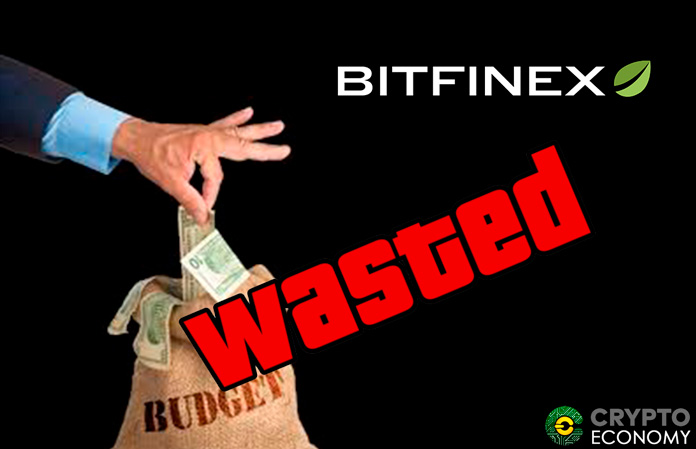 In a bid to cover up the loss of 850 million dollars all cash belonging to Tether cash coffers, Bitfinex went against the law and assigned themselves money from the same coffers to cover up their mistakes.

Per findings from the New York Attorney General Office, Bitfinex exchange which is under the umbrella of iFinex Inc. has violated the New York law after investigations show Bitfinex defrauded investors.

The latter which is the issuer of Tether coins initiated a transfer to move 850 million dollars to Crypto Capital Corp a Panamanian entity without any assurances or a written contract hence violated regulations governing exchange in New York.

Moreover, the Bitfinex didn’t disclose they have lost 850 million dollars of Tether cash reserves to investors. Instead, executives of Bitfinex together with their Tether counterparts went ahead to initiate other conflicted corporate transactions which ended up with Bitfinex getting access to more cash reserves.

Per Tether’s whitepapers, its coin is backed by a ratio of 1:1 in its cash reserves. With the access, Bitfinex went ahead and took $700 of the 900 million dollars of Tether cash reserve to cover up the losses. With direct access to the Tether coffers, Bitfinex used the Tether’s cash reserve as its slush fund to cover its losses which investors were unaware of and its inability to handle withdrawals from customers.

While acting in her legal mandate of protecting consumers from such risks, Attorney General Letitia James got hold of a court order ordering Bitfinex to stop any further dissipation of US dollars that back tether tokens. Moreover, the injunction prohibits them from deleting any records or destroying any documents that may contain data needed for the investigation.

Furthermore, per the order, Bitfinex is supposed to hand over any documents related to the investigation to the AG office. In a bid to cushion customers from any harm, the AG is working on getting an injunction to compel Tether and Bitfinex to continue their trading operations. Unlike in other stablecoins like Circle’s USDC or Gemini Dollars, the above wouldn’t have happened because they carry out strict public audits. However, for Tether the lack of public audit created a loophole the executives exploited.