Home CryptoNews Bitcoin will Be Worth $500,000 In Six Years According to Hedge Fund...
CryptoNewsEconomyFeatured

Bitcoin will Be Worth $500,000 In Six Years According to Hedge Fund Manager Mark Yusko 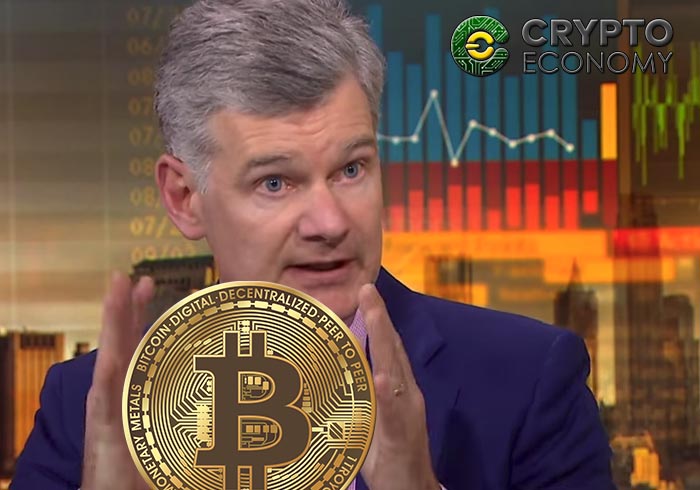 There have been predictions on the price of Bitcoin in the future with some of these beyond the expectations of even the most optimistic Bitcoin Bulls. One of such is predictors is Mark Yusko, the founder of North Carolina-based Morgan Creek Capital Management.

Mark has made some of the wildest postulations in support of his assertion that the coin will reach all-time-high in 2018.

Bitcoin was valued nearly $20,000 by mid December but has struggled since the beginning of this year. With the year half gone, Yusko is not backing down on his predictions but has rather said that the coin will be worth at least $500,000 in six years.

Posting on Twitter, Yusko who earlier predicted that Bitcoin will end the year at $25,000 said that his opinion has not changed. He went on to list the time frames for his prediction by writing,

“My view from April is unchanged. The #NetworkEffect of #Bitcoin is powerful and all that matters today is securing ownership of the Network, the daily price is just noise… #BuyAndHODL “

It is not certain if His intent was not to advocate for and promote the cryptocurrency. It may aslo be that he was providing an honest professional advice for his followers. However, with the precedent set by Bitcoin last year, the crypto community have learnt that anything is possible with the flagship digital currency that rose more than 1000 percent in a few months.

There are many Bulls among Bitcoin enthusiasts, still Yusko is ranked among the most optimistic due to his predictions. He believes that Bitcoin can become as valuable as he foresees due to “network effect” which is the belief that a network becomes as valuable as the number of participants utilizing it.

This means that as the number of Bitcoin users increased, so would the price.

This effect was seen last year when the cryptocurrency rose to $19,600 from less than $1000. However, this trend has not been repeated this year yet, but there has rather been a drop in the number of users mainly among the new entrants to the digital currency space. The rapid rise in the price of Bitcoin brought in many enthusiasts who thought that Bitcoin was a quick path to wealth, but with the drop in price due to regulatory fears and oversupply, most of these sold out their Bitcoin holdings.

Nevertheless, the year has seen a lot of interest from institutional investors and the Bulls are latching on that to assert a positive outlook for Bitcoin which is currently priced $8,000, less than half its all-time-high.