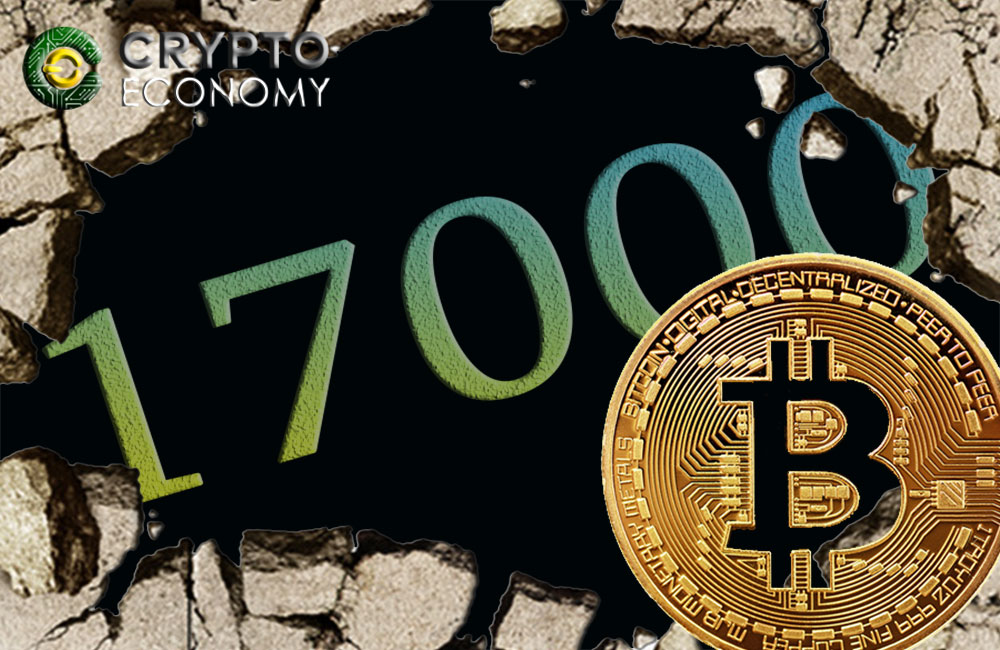 It seems that the downward cycle to which Bitcoin has been subjected is giving a breath and its showing signs of stability in its price after facing a turbulent month last December, according to data collected from CoinMarketCap.

This week, the BTC started to ride the bulls and began drawing uptrend lines on charts. Looking back at its performance this week, we can see two high peaks that ended up stabilizing its price a little lower than the highest level achieved. The first one took place on January 2, when touched again the $ 15,400 level and steadied around that number. The second peak took place today, and pierced again the $17,000 barrier,and remaining stable at that value until the morning of the 7th, falling to the $ 14,000 in which your quote is currently located.

Regarding its market cap, Bitcoin has seen an increase in that value by an 18 percent since January 1 – when it was quoted at $ 230 billion – valuing by the time of writing this at $ 260 billion USD. Over the course of the last 24 hours, transactions volume has been reported to be of $ 16 billion.

Last month was a volatile one for all cryptocurrencies, especially Bitcoin, which saw its price plummeting to under $ 11,000 levels since hitting $ 20,000 back on December 17, and struggling to maintain above $ 14,000 ever since, while other alternative cryptocurrencies turned on their rockets and flew impressively high, like Litecoin, Ethereum and lastly, Ripple – which has just achieved a historic milestone a couple of days ago – But apparently, a movement of funds from these and other altcoins to BTC has been one of the main reasons for this recovery.

Looking at the recent trading pairs of bitcoin, we can see that among those, Tron (TRX), Ether and Ripple have been the most utilized, with the pair TRX/BTC being the largest one of all with a volume of $ 2.5 billion in a 24-hour period, on the exchange Binance. Ripple, on the other hand, has had a significant volume of sell-off in its pair XRP/BTC across three large exchanges, Bittrex, Binance and Poloniex, around $ 600 million in each one of these.

Although this is not the only reason behind Bitcoin’s comeback, for a recent announcement coming from Founders Fund’s Co-Founder Peter Thiel – stating its company is currently holding more than $ 100 million in BTC – has fueled its engines and set it in movement towards the high numbers.

0
The Bitcoin price is rounding after deep losses earlier this week. So strong has been the recovery that the coin is roughly up $7k after...
Read more
CryptoNews