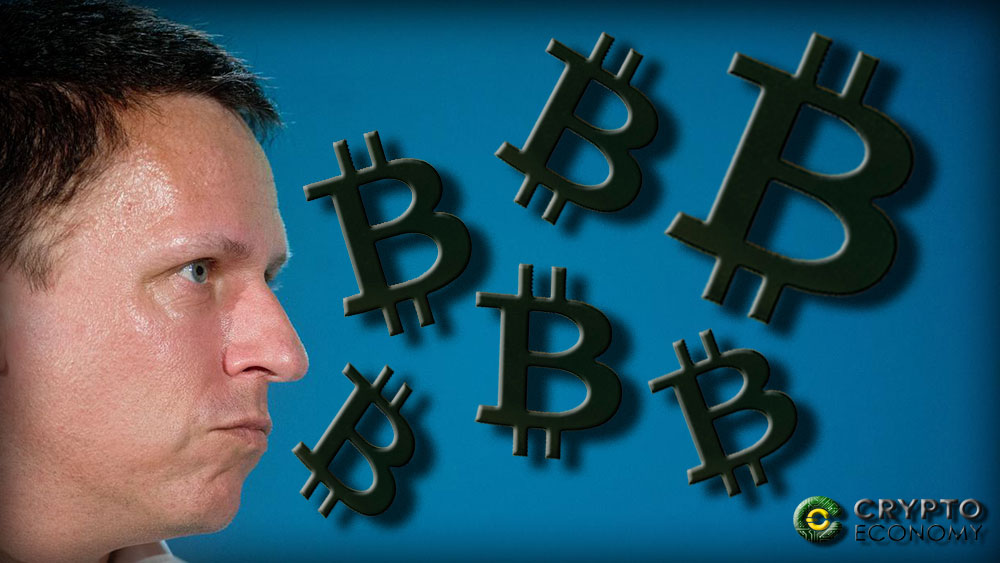 Bitcoin price has started to draw its line upwards in the charts this Wednesday, as news coming from venture capital firm Founders Fund, based in Silicon Valley, announced the holding of $100+ million in BTC.World’s largest cryptocurrency in terms of market capitalization has struggled recovering to the $ 15,000 ATH – first hit back on December 07 of the past year – since the major market correction suffered last month. However, on January 02 of the current year, at 18:04 UTC, the BTC started to draw a pump line that went from the $ 14,015 per coin – at that moment – to the $ 15K level in just a little more than an hour. Its capital market saw an injection of money that increased its value by $ 17 bln, going from $ 235 billion to $ 252 billion in the same time span. At press time, the BTC is quoted at $ 14921.50 in its USD/BTC exchange rate, while its market cap is valued in $ 255 billion USD.

Founders Fund putting a lot of faith (and money) on Bitcoin

Surely, these are good news for BTC holders and investors alike, especially if they took the opportunity to “buy the dip” back then, at $ 13k levels. And this significant soar in its price seems to be related to the announcement made by Founders Fund’s Co-Founder Peter Thiel, of currently holding more than $ 100 million in Bitcoins, an amount that increased from an initial bet of $15 million to $ 20 million, without exacting when these investment were made.

About his interest of investing in such volatile cryptomarket (which is worth noting since he didn’t believe Bitcoin could achieve mainstream adoption), Thiel has stated in previous opportunities that he sees it can serve as a reserve form of money (like gold), and more recently, recognizing “a great potential left” on it. He also explained that this market was pretty much an attractive alternative to tech companies (let’s remember that he has made high-risk bets on companies such as Facebook, Airbnb and Lyft).

This announcement has had a positive impact on the bullish side of Bitcoin, reflected in its performance today, as investors and the cryptocommunity in general believes that this could lead to more institutional money being poured into the total crypto-market cap.

0
After swiftly bouncing off lower lows, Bitcoin's tryst near the $40K was anything but smooth-sailing. The asset shed over 3% gains and was...
Read more
Price Analysis

0
Bitcoin might have zig-zagged around the $40k mark—precisely what the trading community wants. As of writing, the Bitcoin price is slightly below the psychological round...
Read more
Bitcoin News

0
Elon Musk has a love-hate relationship with Bitcoin . Some might even deem this relationship as a toxic one. The Tesla Chief has managed...
Read more
Bitcoin News

0
Tesla’s Q2 financial report has confirmed Elon Musk earlier claims that his electric automaker has not sell any Bitcoin. The company’s Q2 unaudited balance sheet shows a net Bitcoin value of $1.311 billion as of June 30, which is same as of March 31, considering the $23 million impairment loss related to Bitcoin and other.
Read more
- Advertisment -