Bitcoin leaps back to $ 7,000 region despite wave of good news 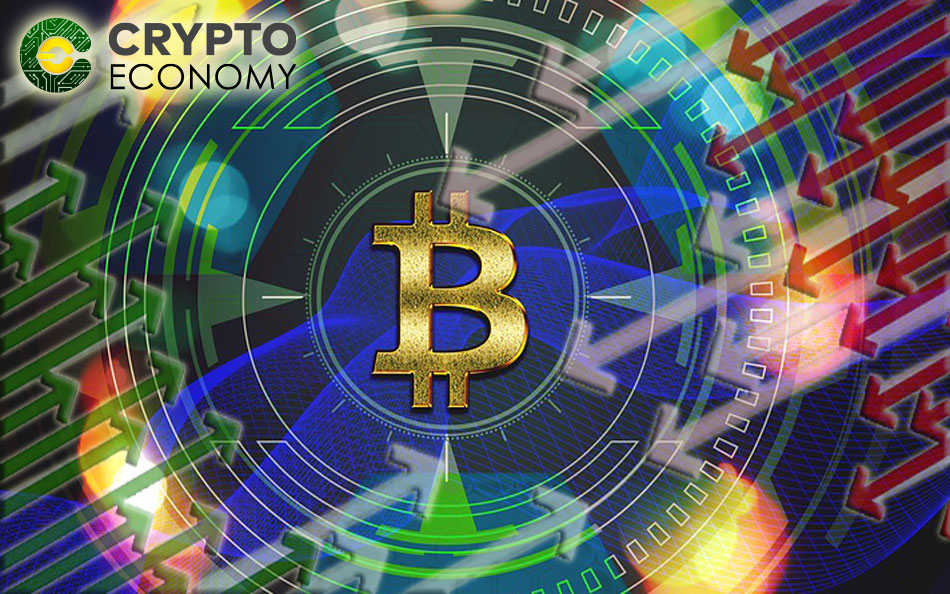 After two weeks of generally positive performance in the charts, Bitcoin (BTC) – world’s largest cryptocurrency by market cap – began to roll down the hill from its previous $ 8,150 mark, all the way back to the $ 7,000 region.

On July 17, Satoshi’s coin began an unexpected bullish rally from the $ 6,700 level to $ 7,380, in just an hour. Since then, the cryptocurrency sought stability around the $ 7,500 region, over the course of said 14 days, with somewhat pronounced ups and downs on the way, with the highest level reached located at $ 8,400.

However, as we arrived to July 26, the BTC began to show signs of weakness in its upward trend, suddenly dropping to $ 7,900 – and even when it quickly recovered from the sharp dip, it was not long-lived. Only 4 days later, on July 31, the coin took a slide down to sub-$ 7,500 levels, struggling to maintain above it until yesterday, August 4, when it finally broke its support level and fall back to $ 6,900. 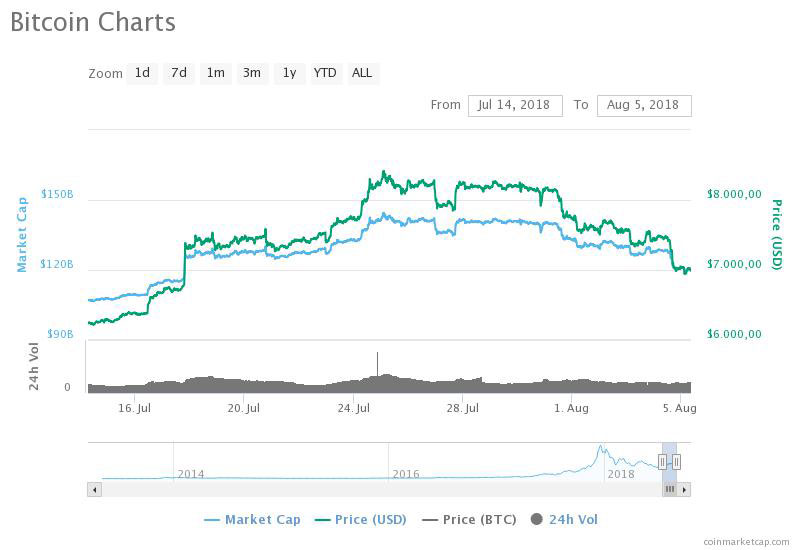 Bears did not care about good news

The recent announcement of ICE’s brand new cryptocurrency trading platform, along with the partnership between Microsoft, Starbucks and the New York Stock Exchange (NYSE) to accept digital currencies as a payment method, certainly has been one of the greatest news for the crypto environment, for the significance it has the adoption of these virtual assets at an institutional level.

As stated by the CEO of ‘Bakkt’ (ICE’s crypto-exchange) Kelly Loeffler, the startup seeks “to build an open platform that helps unlock the transformative potential of digital assets across global markets and commerce,” and to this end, they are collaborating with blockbuster names such as the aforementioned two.

Maria Smith, vice president of partnership and payments for Starbucks, stated the company’s compromise with its customers to be at the forefront of technological innovations.

“As the flagship retailer, Starbucks will play a pivotal role in developing practical, trusted and regulated applications for consumers to convert their digital assets into US dollars for use at Starbucks. As a leader in Mobile Pay to our more than 15 million Starbucks Rewards members, Starbucks is committed to innovation for expanding payment options for our customers,” she said.

Being Starbucks the largest coffee retailer of the world, the impact it would have the implementation of cryptocurrencies into its payment options not only will contribute to its mass adoption and mainstreaming, but also will establish them as a recognized form of payment.

Bears has managed to cut down bulls’ ongoing rally and plummeted its value to its lowest level since July 18. While analyst have yet to come up with a reason for this behavior, the most plausible answer to this question may lie in the recent report of international research firm Tabb Group.

According to them, Bitcoin’s over-the-counter (OTC) market is likely two to three times larger than the global BTC exchange market. Briefly explained, an OTC market is where high profile investors (often called ‘whales’) trade billions of dollars on a regular basis, due to the lack of liquidity in retail trading platforms such as Coinbase, Bitfinex or Huobi.

This makes it difficult to track the market’s sentiment and reaction towards the movements in the crypto environment, since it only accounts for around 25 percent of the BTC volume, meaning that the 75% left correspond to these whales that occasionally put large sell-off orders, contributing to the already-extreme volatility of the crypto-market.