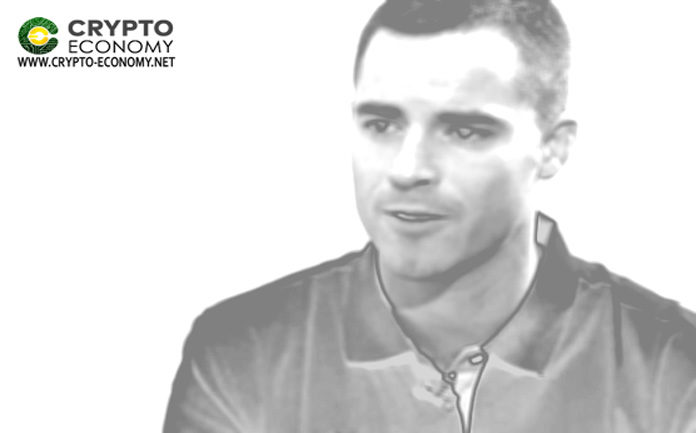 Blockchain investor and lead proponent of Bitcoin fork network Bitcoin Cash Roger Ver is moving from his role as CEO of Bitcoin.com to take up a new role as the company’s executive chairman. His position will be taken up by 6-month old teammate Stefan Rust who is being stepped up to CEO from his role company’s Global Head of Corporate and Business Development.

In a statement published on the news focused segment of Bitcoin.com’s website, the company said that the new executive reorg will enable it to continue its plan to “develop new products and services that promote peer to peer electronic cash and increased economic freedom around the world.”

One of those products is the newly announced and soon-to-launch digital asset exchange on the Bitcoin.com website. According to yet another announcement made on Friday, the exchange should be launching on September 2nd and adding to the company’s expanding list of services. Last month, Bitcoin.com launched the peer to peer bitcoin exchange dubbed ‘Local’ which also allows investors to trade with each other without using an order book. The new exchange is currently open for pre-registration with several incentives for interested traders.

In the Friday statement, Rust said that,

“I’m hugely excited to take on the role of CEO working alongside Roger. Together we can now turbocharge the awesome team and great brand that is Bitcoin.com… We will play an integral part in making money work for everybody as society undergoes such an enormous and pivotal change. It’s going to be a wild ride, so don’t miss it!”

Prior to joining Bitcoin.com, Rust was the lead in Exicon, a marketing automation tool that he also cofounded. According to the announcement, Rust has built 8 startups in the tech field and worked in some of the leading technology companies such as Siemens, Lucent and Sun Microsystems.

Ver’s new role involves taking an oversight role unto the financial affairs of the company and the general direction. The Friday announcement did not offer details on what he will be focusing on but he will be working closely with Rust to ensure Bitcoin.com progress to higher levels.

In other news this week, Craig Wright’s libel charge against Ver in a UK court was dismissed due to jurisdictional considerations and the lack of conclusive evidence of Wright’s purported reputational damage. Wright had claimed that Ver had caused reputational damage to him by creating and distributing a libelous YouTube video back in April this year during his visit to the UK. Wright claims to be the inventor of Bitcoin Core, a claim that Ver disputed calling Wright a fraud and a liar.