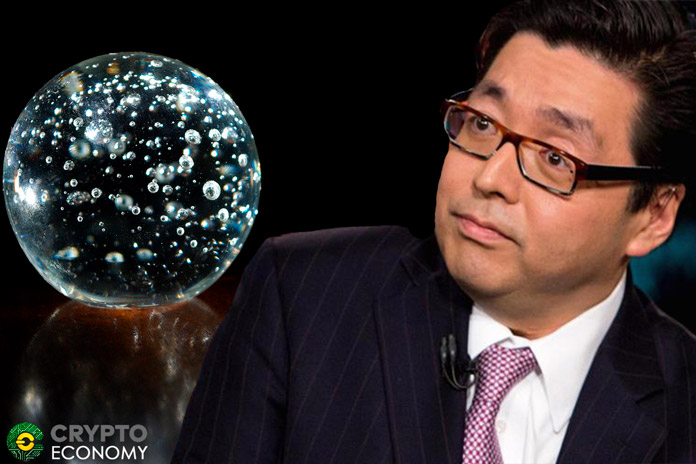 There is a “renewed wave of pessimism” coming from Bitcoin bulls in the aftermath of the Wednesday price slump of the leading cryptocurrency Bitcoin [BTC]. These are the statements of the Wall Street’s crypto bull Tom Lee, who is the co-founder of Fundstrat Global Advisors. According to Lee, the price of Bitcoin is set for a major rebound from this week’s low of $5,540 to end the year at $15,000. This price is a significant discount from Lee’s previous price prediction of $25,000 by the end of 2018. Lee is basing his prediction off of Bitcoin miners’ profitability.

In a recent interview with CNBC, Lee said:

“A key driver was Bitcoin’s ‘breakeven’ point, the level at which mining costs match the trading price. That level is down to $7,000 from an earlier estimate of $8,000 for the S9 mining machine by Bitmain, according to Fundstrat’s data science team. Based on that, Lee estimates that fair value for Bitcoin would be roughly 2.2 times the new $7,000 breakeven price.”

Tom Lee is, however, betting on a Bitcoin recovery. In a note written yesterday to his clients, he wrote that even in previous price crashes, most notably the 2014 bear season, Bitcoin value never sustained below the miners’ breakeven point. In his interview with CNBC, he expressed his reservations about the severity of industry-wide negative sentiments.

“While bitcoin broke below that psychologically important $6,000, this has led to a renewed wave of pessimism.” Said Mr. Lee, and added: “But we believe the negative swing in sentiment is much worse than the fundamental implications.”

The fight within the community has become so big that it threatens the short-to-medium term prospects of Bitcoin. For one, the miners of Bitcoin have been pulled into the fight to choose a side for which to mine. This event has been specifically named a “hash war” and it’s mostly about the main Bitcoin Cash miners contributing their hashing power to either side of the hardfork.