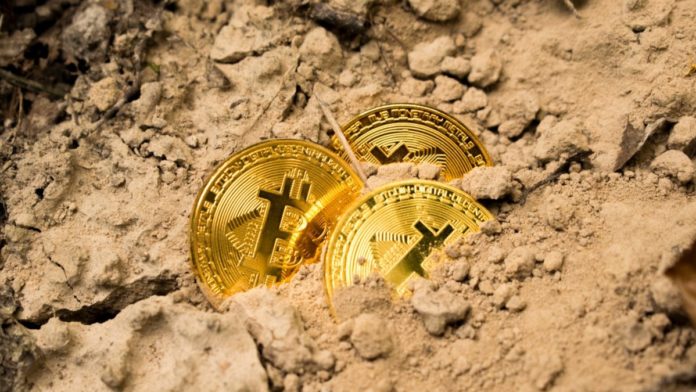 Bitcoin’s recovery has met with significant resistance from the coveted level of $60K as the price stabilized below it. Efforts to reclaim the fort had been in continuation for the last couple of weeks.

As the world’s largest cryptocurrency steadied around $59K after months of establishing record price action, Bitcoin locked up in all decentralized finance [DeFi] projects took a tumble to a little over a three-month low. According to DeFi Pulse’s latest stats, the figure was found to be at 110.4K BTC on the 1st of April. 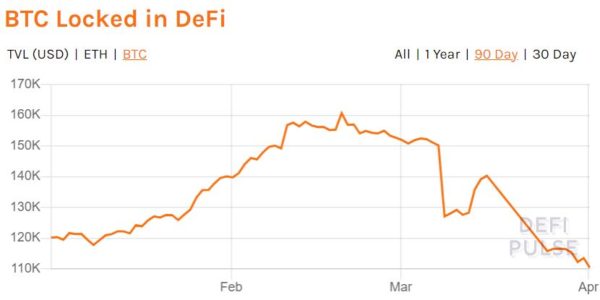 The last time the figures stood there was back in the last week of December 2020. Following which the cryptocurrency locked in DeFi all the way over 162 BTC closely mimicking the price bull rally.

However, it underwent a massive decline of more than 15% on the 7th of March. BTC locked-in DeFi project rose up in the second week of the month. But the uptrend was short-lived as the figure slid smoothly over a period of week amassing a loss of over 17%. This was in tandem with the dull price action of the cryptocurrency market.

Basing the growth on the crypto price rally alone cannot be considered a clear indicator of growth in DeFi adoption.

It is important to note that, the decentralized finance realm did not witness substantial growth, especially since last October. During this time, TVL stagnated near $9 billion even as Bitcoin and Ethereum rallied. Upon closer inspection of the stats, it was found that there was no overall inflow of new assets. Instead, the growth was a consequence of the rising value of the current asset supply.

DeFi was all the rage, especially in the 2020 summer. During this time, investors poured billions upon billions of dollars into these smart contracts to earn highly lucrative rewards, a trend that exploded in the first two months of this year as well. Even as the trend has continued, it is considerably low off late.

The Growth Has Slowed Down

The amount of cryptocurrency locked in decentralized finance smart contracts has cooled down after recording almost a billion each week for the past couple of months.

For instance, the US dollar value of the cryptocurrency liquidity locked up in all DeFi was hanging near $45 billion for five straight weeks. Despite the fact that Ether [ETH] locked in DeFi has been on a steady rise, the figures were not as impressive as it was before. As of 1st April, the figure stood a little below its ATH and was found to be at 9.7 ETH.

0
Cryptocurrency exchange giant, Coinbase, is diving deeper into the world of Web 3 with its new product. The crypto exchange platform just rolled out...
Read more
Companies

0
Ethereum hasn't been spared the drawdown of early this week, reading from the formation in the daily chart. Although there are pockets of strength and...
Read more
- Advertisment -
Posting....