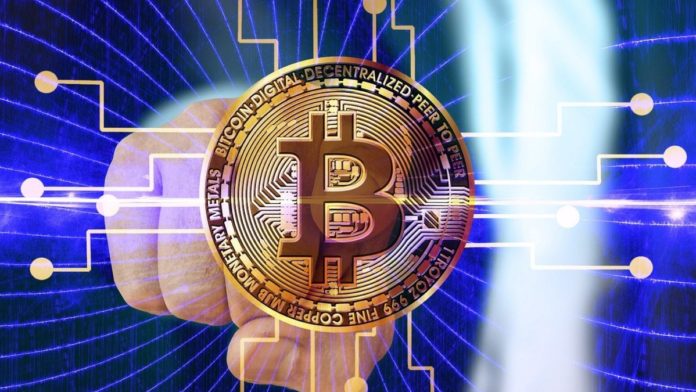 According to CoinMarketCap, in the last 7 days, Bitcoin price formed a support base near the $49,500 level and started afresh increase on Thursday, September 2nd. As Crypto Economy reported, Bitcoin was last seen above $50,000 on August 23, 2021, but then stuck between $45,000 and $50,000 until last Wednesday, September 1.

On Thursday, September 2nd, Bitcoin (BTC) breached $50,000 for the first time since August 23. This was short-lived but the coin again rose back to $50K on September 3rd. However, the coin was unable to maintain these levels. The same happened on Saturday, September 4. So, after setting a base between $49,500 and $50,000, Bitcoin started to gain momentum on Sunday and Monday, September 6, finally crossed the $51K figure which was last seen on May 14th. 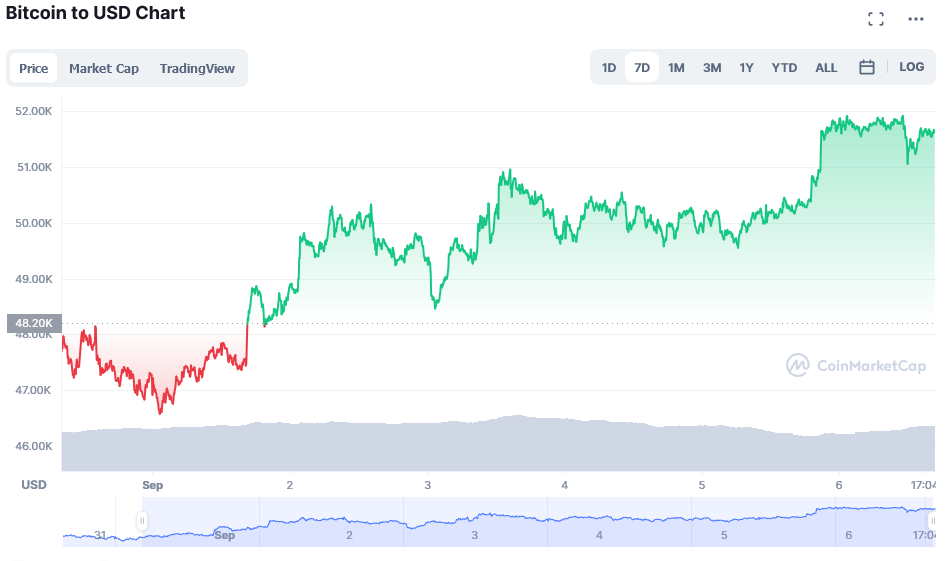 At the time of writing, the coin is changing hands at $51,615 with a 2.73% increase in the last 24-hours. The competitor and second-largest crypto coin by market cap Ethereum is also within touching distance to regain $4,000 as the coin is trading above $39,00.

Bitcoin is up 5.4% during the last seven days and 26.3% during the last month. The first week of September is over, and so far, BTC and the overall crypto market cap are looking good. Cardano (ADA) and Solana (SOL) have continued to notch almost daily all-time highs for the past two weeks. Other notable crypto tokens are also trading at their highest level since May.

The key to this crypto market comeback is the major developments that are happening and about to happen. The hottest topic at the moment is El Salvador’s Bitcoin law that will become effective on September 7th, 2021, which will make this Central American nation the first country in the world to adopt Bitcoin as the national currency. Institutional adoption, supply crunch, NFT, and DeFi craze are other major contributing factors.

Bitcoin is looking solid above $50K and traders and speculators are curious as to where the price is headed next. The price action is looking strong as continues Chinese FUD about Bitcoin and cryptocurrencies is not able to have any effect on the market this time. The next target is $52,000 and experts believe much more than this, such as $100K for BTC.

Although $100K seems unlikely in 2021, the upcoming Taproot upgrade could help Bitcoin to cross the ATH seen in mid-April 2021.

0
Australian Liberal Senator, Andrew Bragg, has released a new bill regulating crypto exchanges and stablecoins. The bill also proposes to introduce disclosure requirements for facilitators...
Read more
- Advertisment -
Posting....
We use cookies to ensure that we give you the best experience on our website. If you continue to use this site we will assume that you are happy with it.OkPrivacy policy