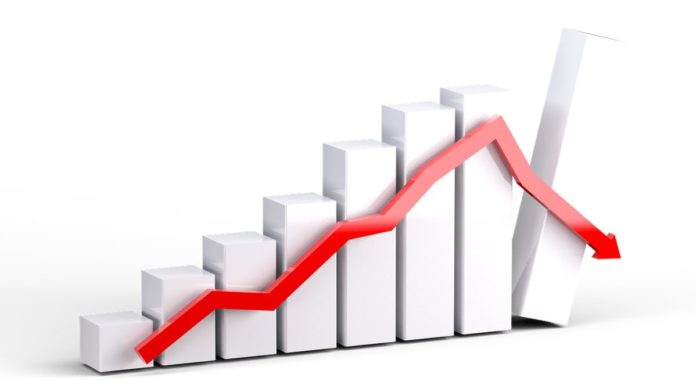 Bitcoin (BTC) plunges below $37K dropping the most since January 2022 as the market rout deepens amidst concerns of a recession. Ethereum (ETH) along with major altcoins spiral down as investors turned risk-averse amid fears of aggressive FED rate hikes to tame inflation.

What Happened To Bitcoin? 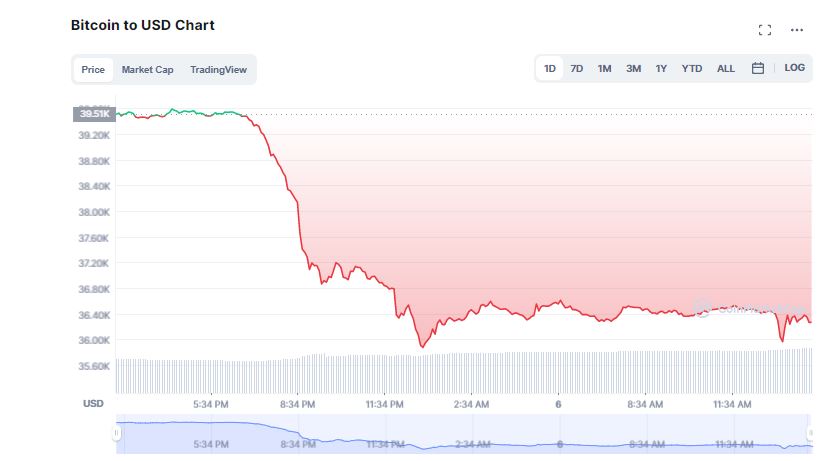 After a day long relief rally on Thursday, Bitcoin (BTC) dropped over 8 per cent in the last 24 hours to currently trade at $36,229. After starting the year at $46,700, the flagship token has seesawed up and down while rarely getting back above that mark.

Bitcoin’s tendency to move in-sync with assets such as US tech stocks makes the drop less of a surprise after a tough week for American markets. Edul Patel, CEO and Co-founder of California based cryptocurrency company, Mudrex said,

Is The Big Tech Sell Off Affecting Crypto Market?

According to a Bloomberg report, the crypto crash comes while big tech companies including Amazon, Ebay and Tesla noted a “big tech selloff”. The S&P 500 which happens to be the biggest stock benchmark in the world was down 3.56 per cent along with NASDAQ 100 dose dived by 5.06 per cent, performing the worst since September 2020. The report stated,

“Taking a look, a deeper dive, into the tech sector and the NASDAQ 100, we can see it was truly a bloodbath today. Some of those heavily weighted megacap technology shares like Amazon, for instance, down about 5%– 7.5% on the day.”

0
For the past few weeks, the crypto market is suffering amid rising inflation and global tensions. Billions of dollars have been liquidated in the...
Read more
- Advertisment -
Posting....
We use cookies to ensure that we give you the best experience on our website. If you continue to use this site we will assume that you are happy with it.OkPrivacy policy