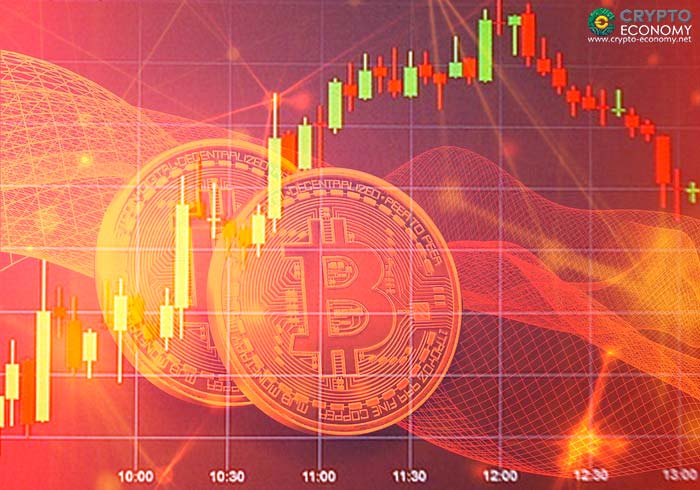 Bitcoin’s [BTC] price volatility is back in full swing. On Tuesday, the flagship cryptocurrency shed more than 15% of its network value in just under an hour starting from 16:00 UTC through 17:00 UTC. The price fell for the first time since June 12th below the $8,000 mark, precipitating a sell-off from investors and traders alike.

The move may have been a shock to most considering that Bitcoin has enjoyed a period of relatively little volatility over the last few days to weeks as the price oscillated between the $10,200 price point. On the Luxemburg-based cryptocurrency exchange Bitstamp, the coin tumbled to a low of $7,998, before rebounding. As of press time the coin is trading at sub-$8,500 levels, which is still now $1,000 since yesterday’s pre-sell off levels.

As a consequence of the sell, Bitcoin lost more than $20 billion in market value as it expectedly dragged the rest of the cryptocurrency market down with it. Most of the top 20 altcoins Ethereum, Bitcoin Cash, Bitcoin SV, Litecoin, EOS, Binance Coin, Tron Cardano, and Tezos registered losses in excess of 20%. The market is all red across the board.

The market cap has also fallen by approximately $30 billion, a bulk of which was lost by Bitcoin. However, since altcoins may have experienced a stiffer sell-off since yesterday, Bitcoin’s market dominance has risen over the last 12 hours back to 69% headed back to the yearly highs just above 70%.

There are multiple theories the cause of the selloff. The two most dominant being the breaking of a significant price support for bitcoin on the $9,000 level. As posited by Brian Kelly, CEO of BKCM, this price point was a “major support” level and when the price of Bitcoin fell below it, it triggered a “wave of selling,” he told on Tuesday.

Joe DiPasquale CEO of BitBull Capital, also speaking attributed the sell-off to two possible causes: the launch of the Bakkt bitcoin futures on Monday and the recent nosedive of bitcoin’s hash rate. Bakkt launched its highly anticipated Bitcoin futures product to a lukewarm reception busting some investors’ beliefs that the launch would lead to a price appreciation. In its first day, the Intercontinental Exchange-backed derivatives platforms on traded about 73 bitcoins with a nominal value of a little over $700K.

On the second point, the bitcoin hash rate – which is the measure of the amount of computing power being generated by all the computers connected to the network – fell sharply by more than 40% from about 98,000,000 TH/S to 57,700,000 TH/s. This suggests that some mines may have switched off their machines for some reason. Whatever it is, DiPasquale called it a temporary fluctuation and in his opinion the fundamentals of Bitcoin remain strong and he expects the price to recover again at $ 10,000 in the coming days.

0
The Bitcoin price is steady at the time of writing on Feb 19. The world's most valuable digital asset is now trading above $51k,...
Read more
- Advertisment -