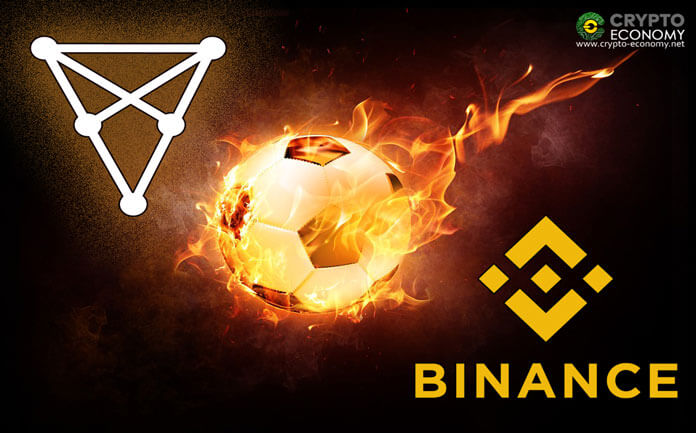 There is all this talk about cryptocurrency going mainstream and all but so far there have been a bunch of startups that are working independently towards that goal with minimal to no impact at all. It seems that the answer to mainstream adoption of blockchain could be collaboration especially with already established and household brands. That is what one crypto startup has sought to achieve – seeking strategic partnerships with soccer sports teams.

Chiliz, is a blockchain based digital currency for sports and entertainment platforms that powers the “world’s first scalable, tokenized voting platform, Socios.com.” Socios.com is an application that allows sports fans to buy, trade and execute voting rights in their favorite sports teams. So far Socios.com has partnered with such soccer giants including France football club Paris Saint-Germain, Italy’s Juventus and English Premier League’s West Ham United to allow the teams engage with their fans through a tokenized platform.

On Friday, Chiliz announced a strategic partnership with leading cryptocurrency exchange Binance that will “increase our access to the large liquidity pool of the Binance community, one of the largest and most vibrant communities in the cryptosphere,” according to a press release.

The partnership will see Chiliz port its native token $CHZ over from its current ERC-20 standard to the newly launched Binance Chain’s BEP2 token standard. In addition, the partnership will allow Chiliz’s current partners to launch their custom tokens issued on the Binance Chain. The press release actually mentions that PSG’s and Juventus’ club fan tokens are already in development.

“Integration of Binance Chain protocol will increase our access to the large liquidity pool of the Binance community,” said Alex Dreyfus, CEO of Chiliz and Socios.com. “Through Socios.com, we will highlight blockchain to a more mainstream audience – an addressable audience of 3.5 billion fans around the world – as well as allowing global brands and household names the chance to access the crypto space.”

Binance CEO Changpeng Zhao believes that sports have the potential to catapult blockchain into the mainstream. He said, commenting on the partnership with Chilliz that,

“Sports is the perfect vehicle through which to educate mass consumers about the potential and the utility of blockchain technology. I’m proud that Binance and Chiliz are leading that charge globally.”