Home CryptoNews Binance and Verge make donations to the victims of the floods in...
CryptoNewsFeatured 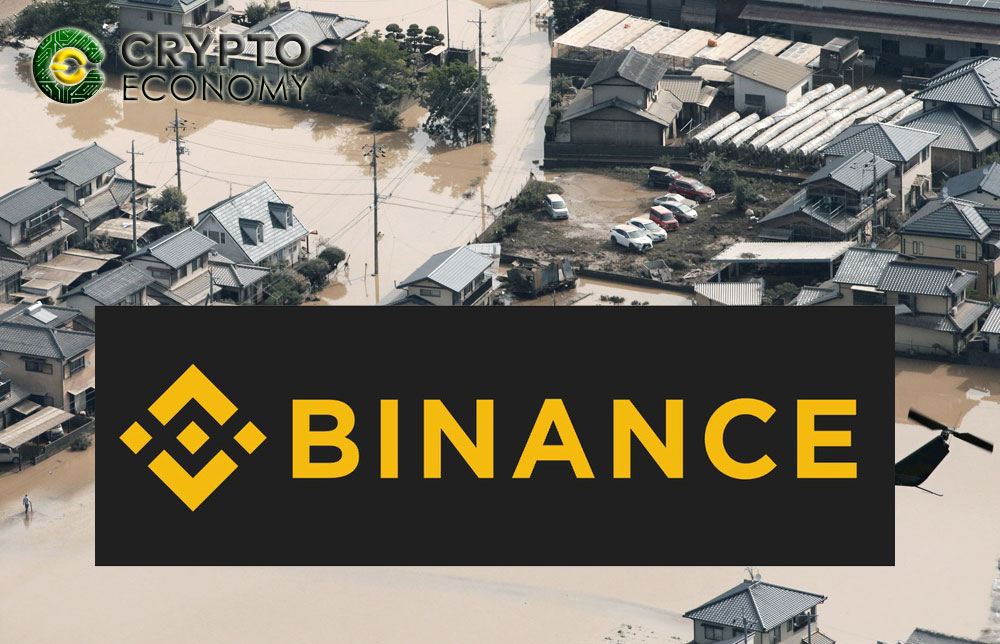 One of the largest cryptocurrency exchanges by transactions volume, Binance, has recently announced that it will donate more than US $ 1 million to the victims of flood, in Japan.

Since last weekend, Japan has been hit by heavy rains and hurricane winds that brought as a consequence, sever floods and landslides that affected the inhabitants on the west of the Asian region, leaving a balance of around 60 people dead and more than a dozen missing. Likewise, more than 2 million people living in nearby areas that could be affected had to be evacuated. Unfortunately, prognosis are not that good for Japan, since precipitations are expected to continue due to the monsoon season.

“To help out the victims in West Japan that were affected by the heavy rains on 7/7/2018, Binance is donating $1,000,000 USD and calling for our crypto friends and partners to join us in the relief initiative,” is what can be read in the post published by Binance’s CEO Changpeng Zhao, on his Twitter account.

Zhao made clear that, the total amount of the donation will be delivered at the most convenient exchange rate for the affected, whether with Bitcoin (BTC), Binance coin (BNB) or in Japanese local currency, the yuan.

Shortly after Zhao’s announcement, Binance published both in its website and its social media, the ways people can support the charitable cause, whether they are public or anonymous, stating that it can be made in ether (ETH) or ERC20 tokens. In this regard, Binance encouraged customers and potential donors to send their donative to the following direction:  0xA73d9021f67931563fDfe3E8f66261086319a1FC, asserting that all of the transactions will be used only to support the victims of that natural disaster.

Binance’s CEO assured that donors would receive “bonus points for future listing requests”; and that in addition, their contribution will be considered for the listing fees.

At the moment, reception of this initiative has been very encouraging, a reality that is evident both in the hundreds of positive comments shown throughout social media, and in the fruitful collection of funds, amounting to some 50 transactions so far, translating into more than 197 ETH or 95,700 (according to current rate of ether).

Verge joins the cause

It was also known that several other projects and companies related to the crypto sector has joined the initiative. This is the case of Verge Currency (XVG), which recently announced it will help Binance in its case, assuming it as the perfect opportunity to bring all cryptocommunity together, which would be able to successfully repair the damage caused by the climatic catastrophe.

“A call to unite all communities as a global crypto family. Let’s come forward to support japan. Verge Currency will donate all funds to binance’s effort to support this disaster,” was the tweet published by Verge yesterday.

In the past, when similar tragic situations occurred, some of these humanitarian actions were carried out, led by enterprises or relevant people in the crypto community, as was the case of cryptocurrency exchange Bitso, which made available to public addresses to donate in Bitcoin, Ether or XRP, to help victims of the Mexican’s earthquake that separated Mexico’s territory, which occurred in September 2017.

0
Decentralized finance offers some of the most fast growing array of financial products and hence the space has seen massive capital influx over...
Read more
- Advertisment -