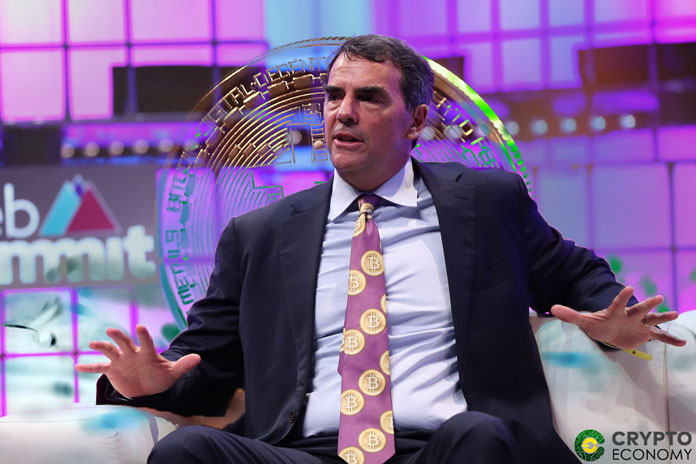 Billionaire venture capitalist Tim Draper is a raging Bitcoin bull. His recent interview with FOX Business’ Liz Claman, he made an outrageous prediction calling a 5% market share for bitcoin in the next four years. In relative terms that is a price appreciation from its current ~$7,200 to as high as $250,000 per coin. Its lofty sum that is hard to believe but not for a billionaire that has seen it all.

Draper, who is a founding partner of Draper Associates, purchased a large sum of Bitcoins back in the day that was available for auction by the U.S. Marshals Service. He bought a horde of 30,000 BTC at the time for a measly $632 a pop. It is easy to predict that he has hodled his property for the past four years. According to him, the coins are already up more than 10% which means he is sitting on at least $195M.

Speaking to Claman, Draper said that:

I’m a believer that in four years, something like that, bitcoin will be about a 5% market share of the earth.

Such as bullish claim has to be backed by evidence and according to Draper, the coin has several features that make it better than fiat. He said:

It’s a better currency, it’s decentralized, open — it’s transparent; everybody knows what happens on the blockchain.

Draper is extremely bullish about Bitcoin that he revealed plans on wanting to create a fund based on the Bitcoin ledger that will help reduce the costs of accounting and bookkeeping.

I eventually want to have a fund where I take in bitcoin and I fund everybody in bitcoin and they pay their employees and suppliers in bitcoin. And then I pay my investors in bitcoin. Because I would then require no accounting, no legal, no bookkeeping, no custody. It would all be done.

Draper also expressed his empathetic feelings towards Facebook and the issue that it is seeking $1 billion to fund the launch of its native blockchain and token. Tim has previously been linked to talks about his supposed interest in investing in the venture, however, he did not admit to such claims. If anything, his tone shows that he could be open to investing in the venture despite the highly publicized move by Facebook founding member Chris Hughes leaving the company. He said that:

If the shareholders will benefit somehow by a breakup, then sure go ahead and do it. But the idea that he has all this centralized power…I think he’s just building a business and it’s a great business. And there are plenty of competitors to him out there. And I’m very pleased that he’s done so well.