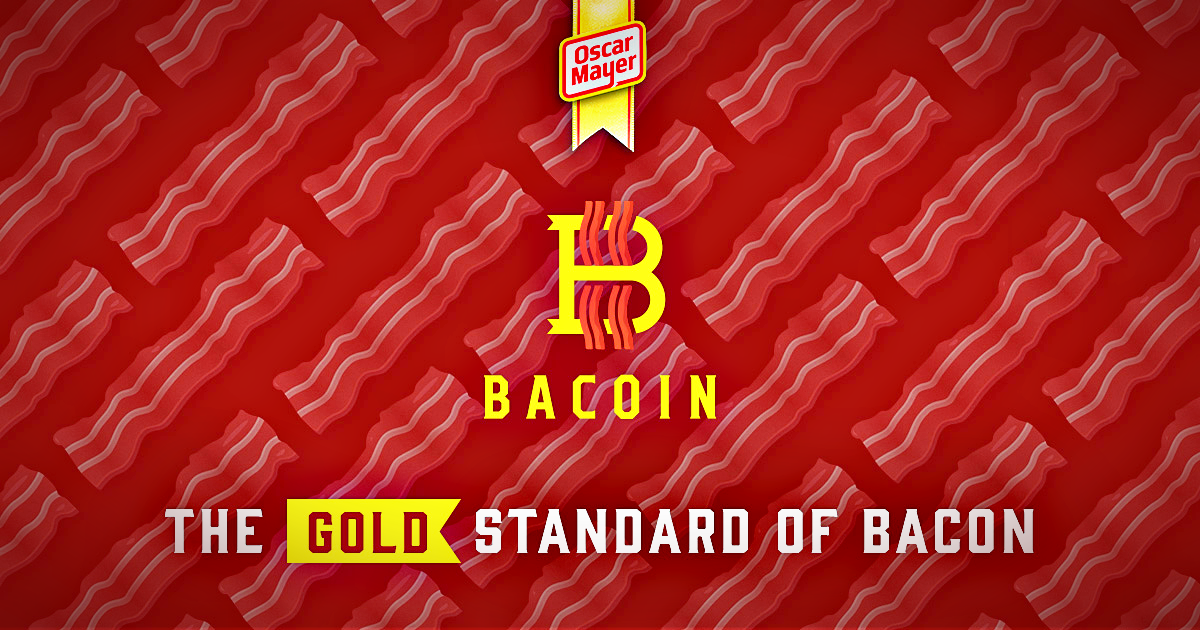 The understanding of cryptoeconomics is taking important steps among large industries in various sectors. Such is the case of the famous brand Oscar Mayer, which inevitably leads us to imagine a delicious and smoky hot dog, or a golden and crispy bacon, who are launching their cryptocurrency the “Bacoin“, and about this unique cryptocurrency we will talk here .

According to Oscar Mayer, Bacoin is “the first cryptocurrency backed by Oscar Mayer Bacon’s gold standard”. Very good for them. But let’s see more.

The giant of hot dogs  and bacon has a clear aspect present in cryptocurrencies, as is its volatility. They noted in a press release that the value of Bacoin can be volatile. But according to that press release they also explained the value of Bacoin can increase based on activities of social networking and emails by enthusiasts of Bacoin, for example sharing on Twitter the news about this new cryptocurrency. It is a way to encourage knowledge of this cryptocurrency and encourage the growth of a community around it, something that also characterizes cryptocurrency.

The brain behind the bacon cryptocurrency is Keith Sizzle, who refers to himself as a “digital prophet”.

The Bacoin for now is redeemable for bacon packages Oscar Mayer and like any other cryptocurrency, the price of Bacoin changes throughout the day. The curious thing is the Bacoin price scale; a Bacoin equals on average 17 strips of bacon –today May 3 is worth 3 strips of bacon. With this policy of value referred to a good of its own production, as in this case bacon Oscar Mayer, this giant bets to revolutionize the market of cryptocurrencies.

There is no doubt that the launch of Bacoin is a bold marketing strategy by Oscar Mayer. Although the funny approach to promotion does not disappoint, the announcement is certainly a clear support to the cryptocurrency market, a market that is growing as it is understood and adopted globally.

It is interesting to note that Oscar Mayer is owned by Kraft Heinz, whose main investor is Berkshire Hathaway, owned by billionaire Warren Buffett. Mr. Buffett is a well-known skeptic of cryptocurrencies who considers that they are not an investment, but a gambling, or as similar as possible.

Other companies in the food industry such as Burger King and KFC are also taking important steps in sympathy with cryptocurrencies. In August 2017, Burger King launched in Russia a cryptocurrency loyalty program called Whoppercoin. For its part in January this year KFC Canada presented a marketing campaign with Bitcoin thematic in which it offered a “Bitcoin Bucket” something not exactly very clear in terms of bitcoin, but in terms of chickens from the old colonel’s recipe.

For the time you can enjoy this first concrete cryptostep with bacon flavor, thanks to Oscar Mayer.