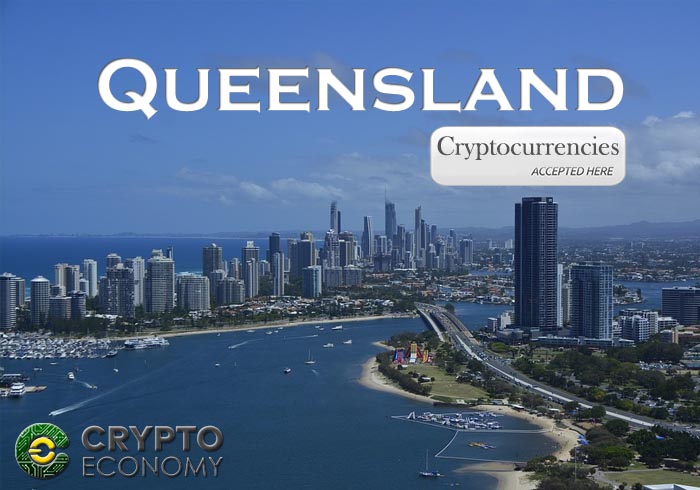 Australian province of Queensland’s state government is set to allocate part of the 8.2 Million dollars of innovation funding to TravelbyBit, a cryptocurrency based startup. An official statement released on the 1st of August elaborated.

The state government listed the TravelbyBit platform for digital asset transactions as one of the 70 startups to be granted the Advance Queensland Ignite Ideas Fund, which aims at advancing entrepreneurship in the state by investing in promising startups.

According to the advance Queens land home page, the Ignite Ideas Fund was setup to provide support to startups and small to medium businesses to commercialize innovative ideas which have demonstrated market readiness.

This would further assist the businesses to grow and compete on the global scale. The highlighted key objectives for the program include:

Kate Jones, the minister of innovation, hailed TravelbyBit as one of the startups that has come up with an impressive way of uplifting tourism which is an important part of the state of Queensland.

The company is focused on improving the tourism industry by simplifying financial transactions for visitors through cryptocurrency payments, as more businesses in the area are taking crypto transactions on board.

Caleb Yeoh, TravelbyBit’s CEO and co-founder revealed that the startup had already made a partnership with Brisbane Airport Corporation in an effort to come up with the “world’s first digital currency friendly airport.”

He went on to elaborate on the progress so far by saying that the partnership is currently running a blockchain based point-of-sale system focusing on tourist towns in the region.

The CEO also touched on the diversity of the platform by confirming that users can conduct transactions in Bitcoin, Ethereum, Litecoin, Dash, XEM. The platform also intends to incorporate BNB in the near future.

“We have more than 150 merchants across Australia using our system and this funding, to develop a purpose-built platform that will accept digital currencies from anywhere in the world, will allow us to add jobs not only directly to our team but also across the broader tourism industry.”

Australia’s efforts are but another manifestation of the increasing influence of blockchain and cryptocurrency’s influence in tourism. Earlier this year on 27 March, we witnessed a similar move done by the German National Tourist Board when it opened up to cryptocurrencies as a way of conducting financial transactions.

Beyond 2018, we saw Ireland taking a defining step towards incorporating crypto in the tourism sector by launching Irishcoin. The coin provided an interesting way of promoting tourism by taking the role of a discount voucher at eligible hotels, bars, restaurants and certain tourist attractions.

There’s no stopping DeFi and this Australian Senator knows that