As a Result of Selling his NFTs, Damien Hirst Burns his Own Art 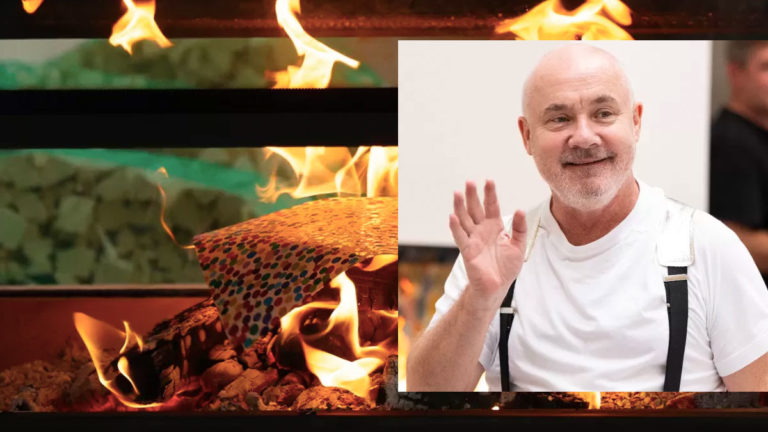 In the wake of selling a series of non-fungible tokens (NFTs) in the past, Damien Hirst has begun burning hundreds of his own artworks. As part of his latest collection, the artist made it clear to buyers who purchased pieces from it that they could either choose the physical artwork or the NFT that represented it.

NFTs were chosen by those who were told that their corresponding physical pieces would be destroyed. Hirst was asked how it felt to burn the works, and he replied that it felt good, which was better than he was expecting.

During the entire process of collecting each piece and burning it in a contained firebox, the artist was dressed in a silver metallic boiler suit and matching fire safety gloves.

A collective value of almost ten million dollars is estimated to be attached to the works being burned.

The Currency is Hirst’s first collection of NFTs, consisting of 10,000 NFTs, which translates to 10,000 original pieces of art, which he launched last year, is made up of 10,000 NFTs.

Collectors who had purchased one had to make a decision as to whether to keep the NFT or exchange it for the physical artwork if they wanted to keep it. Newport Street Gallery in London reported that 5,149 buyers chose to buy original artworks, whereas 4,851 bought non-framed works.

A live stream of the event was shown by the Turner Prize winner and assistants as the pieces were placed into the fireplaces in the gallery by using tongs as they stacked them in piles in front of onlookers.

The artworks were painted using enamel paints on handmade paper in 2016, and each was numbered, titled, stamped, and signed by the artist. All were produced in 2016. There will be a burning of these documents until the end of the currency exhibition on the 30th of October.

There have been many criticisms of Hirst for his decision to burn his own valuable artworks during a period when there was a cost of living crisis.

There is no doubt that Hirst, who has been accused by some critics of being a publicity stunt master, gained fame during the Young British Artists movement during the 1990s. In addition to this, he is considered to be one of the most controversial artists in Britain today.