All Eyes Are On Bitcoin As It Breaches 40K Yet Again 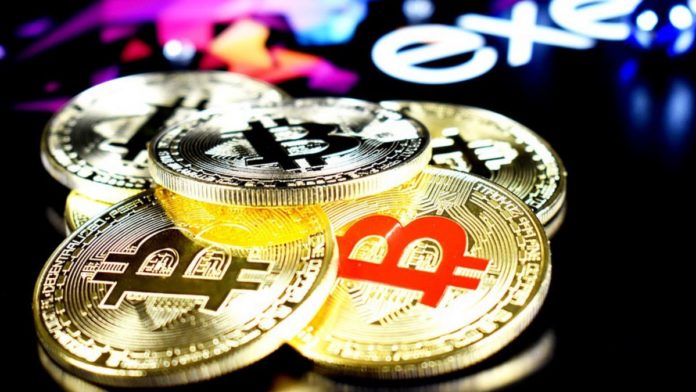 After a series of dull price action, Bitcoin has once again gained prominence. There has been a gap of almost a month, and now the world’s premier crypto-asset has climbed to $40,393 on the 6th of Feb.

Over the past 24-hours alone, Bitcoin spiked by over 8% which further added to its weekly gains which jumped to 24%. The cryptocurrency was now gearing up for yet another run above its recently breached all-time high of $42,000.

Following the latest price action, several altcoins have also noted major sparks. For instance, the second-largest cryptocurrency by market cap, Ethereum [ETH] was now trading at $1,679 while XRP rose to $0.43.

The recent uptrend was accompanied by several positive on-chain metrics that flipped bullish after weeks of price inaction. Crypto Economy had earlier reported that Bitcoin hash rate reached an ATH which indicated a sentiment of rising confidence among the market players further suggesting a favorable market structure for the crypto-asset that could essentially facilitate a much-awaited breakout.

At the time of writing, Bitcoin has been hovering close to $40,000 which is a very crucial level considering that it had faced severe rejection in the past month. So the biggest question that remains to be answered is whether Bitcoin will be able to sustain the rally that has continued since last week?

The accumulation game has remained unfazed despite Bitcoin’s damaging fall to $30K earlier last month. The whales, for one, appeared to be pretty optimistic when it comes to BTC’s value.

Also, the mid-tier traders [ i.e., the holders of 10-1,000 BTC] haven’t stopped taking profit as crypto-asset’s hover above $38,000. Meanwhile, the small addresses have appeared to be “FOMOing” back in rapidly. 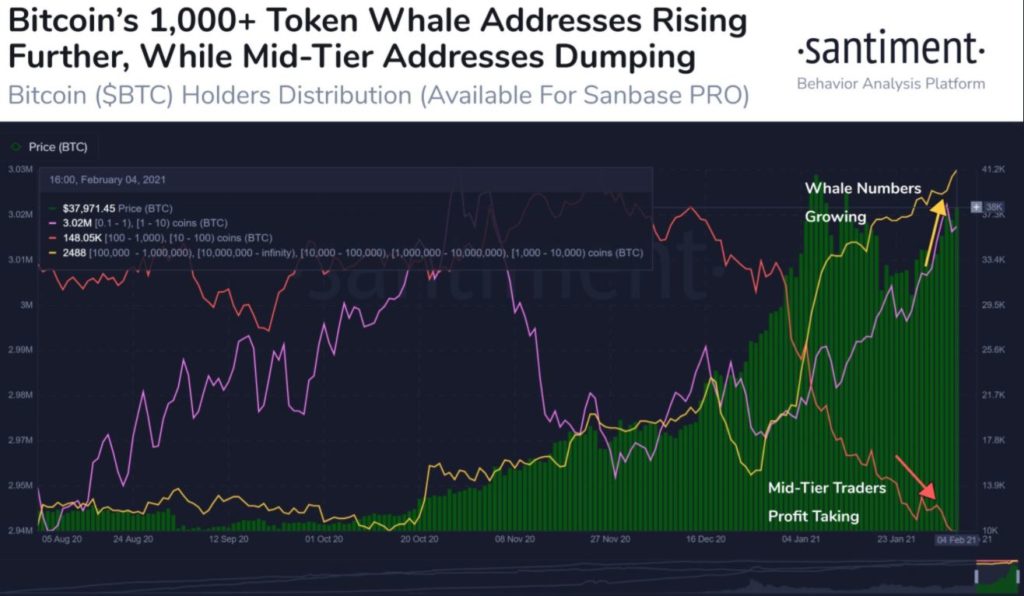 In addition to that, addresses with a non-zero balance of Bitcoin were also at an all-time high in 2021. 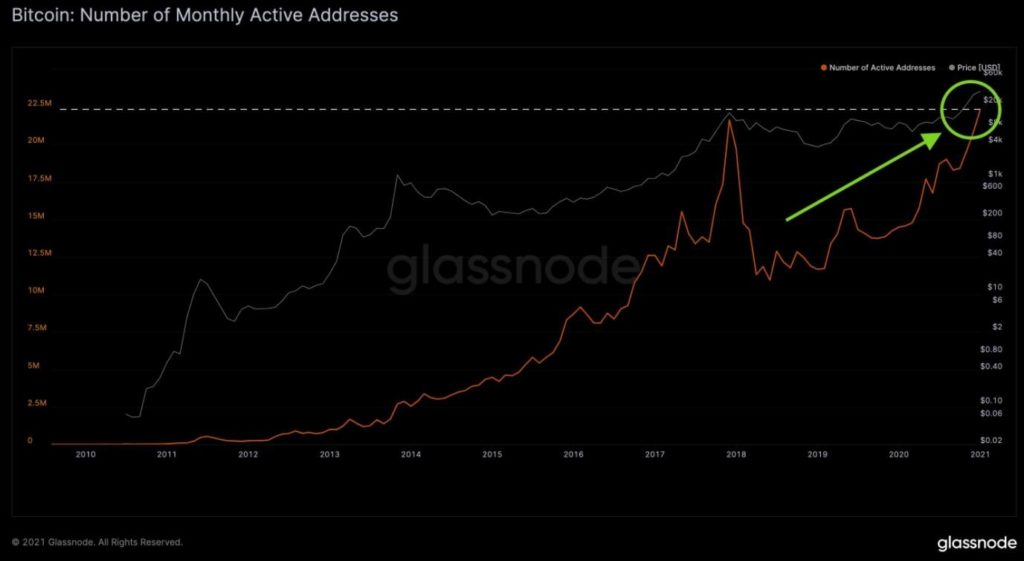 The number of active addresses on the Bitcoin network hit a new peak in the month of Jan this year. According to Glassnode, more than 22.3 million unique addresses were active in the network sending or receiving BTC – the highest monthly number in the cryptocurrency’s history to date.

This trend has been on a rise even in the second month of the year. While the number of active addresses does not necessarily indicate a number of active Bitcoin users, however, it does project a picture of growing network activity.

With a number of on-chain data points turning bullish, Bitcoin could, in fact, notch new ATHs in the near-term bringing more credibility as well as more participants in the ecosystem.

A similar sentiment was noted by Bloomberg’s senior commodity strategist Mike McGlone in his latest Crypto Outlook report in which he stated that Bitcoin could be less risky than Dow by the end of 2021.

0
A very old Bitcoin address that has been inactive for 10.5 years was activated and transferred 170.031 BTC last day. This address had no...
Read more
Bitcoin News

Here’s what Bitcoin’s “millionaire tier” of addresses are doing

0
Bitcoin swayed towards its support area once again after a bullish breather. The world's flagship crypto-asset topped right about at strong resistance at around...
Read more
Bitcoin News

0
The crypto rally is in full swing as Bitcoin and decentralized finance (DeFi) is pushing the crypto industry forward as a whole. Given the recent 400% surge in Bitcoin prices, Financial experts are predicting that the largest crypto coin by the market will be among the next driver of the financial world after the US Dollar.
Read more
Bitcoin News

0
The US new Joe Biden-administrated government is planning to create another $3 trillion stimulus package for Covid-19 relief and infrastructure. Some experts believe that the new stimulus package will give Bitcoin price a fresh and even better start.
Read more
- Advertisment -
Posting....