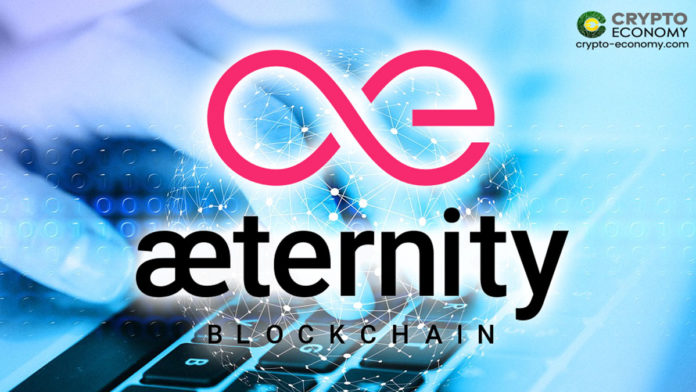 In a bid to outperform other developers and front their platform as the best, Aeternity developers have released a software update through a hard fork dubbed LIMA.

As their third software update this year, LIMA is coming in with new features and improvements. The improvements will distance the Aeternity blockchain ecosystem from its competitors but front it as the best ecosystem.

Through the LIMA hard-fork, developers over at Aeternity are unearthing three main upgrades the naming system, governance and an improved virtual machine.

The LIMA hard-fork is upgrading Aeternity virtual machines by optimizing its smart contracts. However, through optimization, developers get an efficient platform which consumes ten times less when it comes to gas consumption, but that’s not all. Now developers can take advantage of the low fees even if they are scaling. The hard-fork will unveil a Fast Æternity Transaction Engine, also known as FATE which will bring about all the above changes.

On governance, the hard-fork will enable Aeternity to upgrade its ecosystem into its next level of decentralized governance by migration from the Ethereum ecosystem into its system. The latter means the AE ERC-20 tokens minted on Ethereum ecosystem will now move to Aeternity mainnet platform. Migrations of the AE tokens was made possible by Generalized Accounts which come with a lot of flexibility. Through the latter, developers can now create smart contracts which can now be used to verify transactions.

Furthermore, the hard-fork is introducing an on-chain governance app which means Aeternity has delegated voting rights to token holders. Now its community can download a mobile-optimized application which will enable them to vote.

On its naming system, the hard-fork is bringing on board the .chain names which will be auctioned and can be used to map any address within the network or beyond. Since the .chain names don’t rely on other third party second layer platforms to run, they can be used within smart contracts.

Although the upgrade is coming with all new changes, it is up to network miners to initiate the software update and reap the benefits of the upgrade. Through the hard-fork, the Aeternity community is making a new milestone. Aeternity has grown from a team of developers to now being an open-source next-generation blockchain platform with a considerable following.