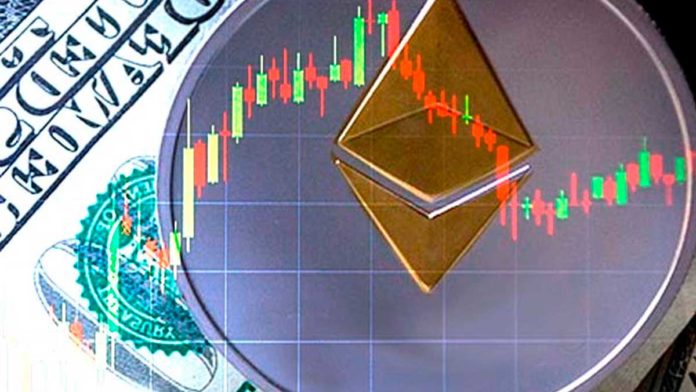 Facebook’s has had several run-ins with regulators. Their many missteps as far as their breach of user trust is well document, paying a heavy fine for their misdoing. In light of this, the co-founder of Ethereum, the pioneer smart contracting platform, is of the view that Facebook, despite the social media giant being its largest asset, shouldn’t spearhead the development of Libra.

In an interview with CNBC’s Squawk Box, Lubin said:

“I don’t believe that Facebook … with the concerns that we have with respect to trust and personal identity in Facebook, should be driving that project.”

Libra seeks to be the largest stable cryptocurrency backed by several fiat currencies and government securities, but since being unveiled in early June, the project has faced a lot of headwinds from regulators and some quarters of the cryptocurrency world.

Facebook argues that they won’t be involved in the day-to-day running of the Libra project and are over and above everything, they are looking to remain compliant with relevant country-specific laws.

Based in Switzerland, David Marcus, the head of the crypto project, despite the exit of several core members like Mastercard, defends the project saying the project is feasible. 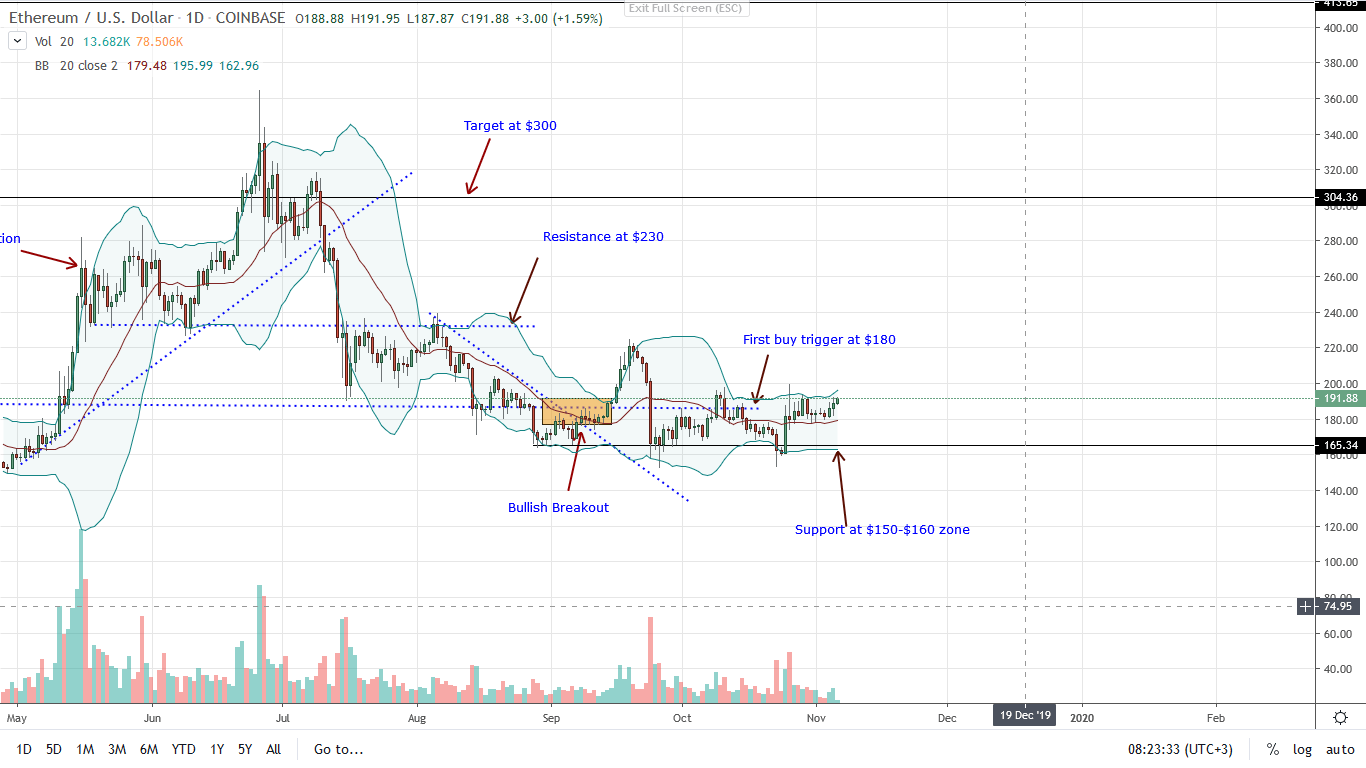 ETH prices are stable, registering modest gains in the last 24 hours. Although prices are still ranging, consolidating above the middle BB or the 20-day moving average, buyers have a chance because of bullish price action in the last couple of days.

Of note, traders should note that while the uptrend is steady, prices are actually capped within Oct 26 trade range. From an effort versus result point of view, that is bullish.

Mentioned before, aggressive traders can begin taking long positions at spot rates with targets at $200 as long as prices are treading above $170 or Oct 26 lows.

On the flip side, risk-averse traders can wait for better opportunities once there is a sharp uptick of trading volumes exceeding $159k of Oct 25 as prices rally past $200 psychological mark.

In that eventuality, traders can freely buy the pullbacks and aim for $230 and later $300 largely depending on participation levels.