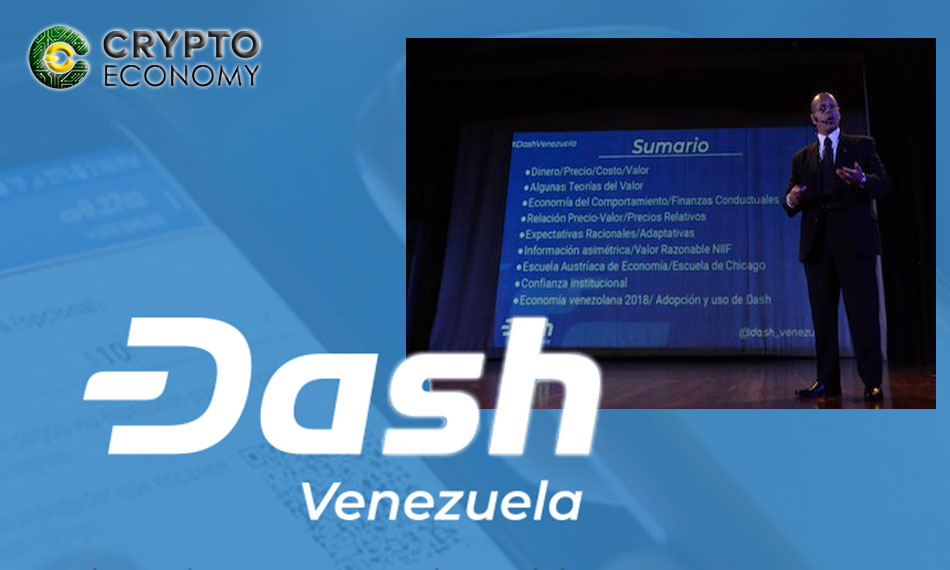 Economist and Head of the Digital Culture Center in Venezuela, Aaron Olmos, said that the current situation in the country is ideal to observe and study the behavior of the socioeconomic factor, with the introduction of cryptocurrencies.

During the 10th Dash conference carried out last week in the capital city of the Caribbean country – Crypto-Economy was present in it – the also professor of the Andrés Bello Catholic University (UCAB), explained in his lecture, titled “Why a Dash is worth what it is worth?” that while cryptocurrencies are a disruptive force worldwide due to its nature and benefits, they are causing an even greater impact in Venezuela because of the economic crisis that is melting away the savings of its citizens, particularly thanks to a rampaging hyperinflation authorities have been unable to control. 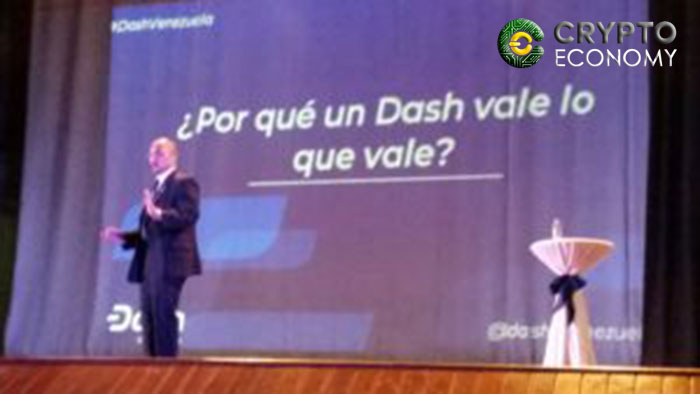 “Cryptocurrencies – in this case, Dash – are posing real solutions for real people. In a scenario where the official currency is constantly losing value […] the cryptos come to create value. Dash makes its way in Venezuela as the preferred cryptocurrency in terms of exchange [of value],” Olmos says.

In this regard, the economist goes even deeper by comparing the impact virtual currencies have in his country, in relation to neighboring nations, asserting that if someone ask people across the borders whether or not they are into the crypto frenzy, the expected answer should be negative:

“In a country where there is no hyperinflation, where the USD exchange rate is 3.25 Peruvian soles, people are not interested in understanding and getting into it, for their minimum wage is enough to purchase, pay, invest, save, travel and return back home with no problem at all,” Olmos explained. 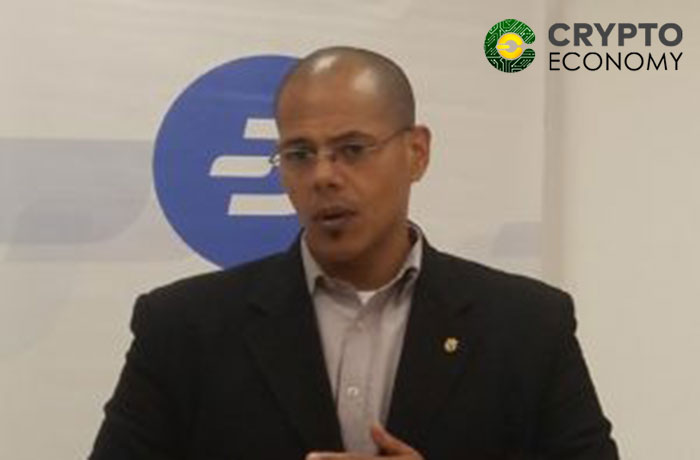 He concatenates his idea, adding that the current conditions of the nation are generating “the perfect storm for the big economic and social laboratory” the adoption and development of cryptocurrencies have turned into.

“Dash has gained a lot of value in transactional and usage terms [in Venezuela] because it has allowed, and keep allowing people to overcome the complex economic situation we have. Think about the possibility of an entrepreneur that, beyond the loss of value in terms of exchange of a Bolivar respecting the Dollar, is able to access an alternative that allows him to stay relevant in the market, and go a little further,” the economist explained.

Half-way of his lecture, Olmos recalled an interview made in 1999 to the late economist and Nobel Prize of Economy, Milton Friedman, who by that moment had already foreseen a form of stateless digital cash, similar to what Bitcoin and other cryptocurrencies are today. The interview, recorded in a video, displayed the scholar of the Chicago School of Economics asserting that the Internet (which posed as a disruptive force back then) would minimize the role of governments:

“The one thing that’s missing, but that will soon be developed, is a reliable ‘ecash’, the method whereby on the Internet you can transfer funds from A to B, without A knowing B or B knowing A; the way in which I can take a $20 bill and hand it over to you, and there is no record of where it came from.”

Sadly, the professor passed away on November, 2006 – just two years and two months before the birth of world’s first cryptocurrency in 2009: the Bitcoin.