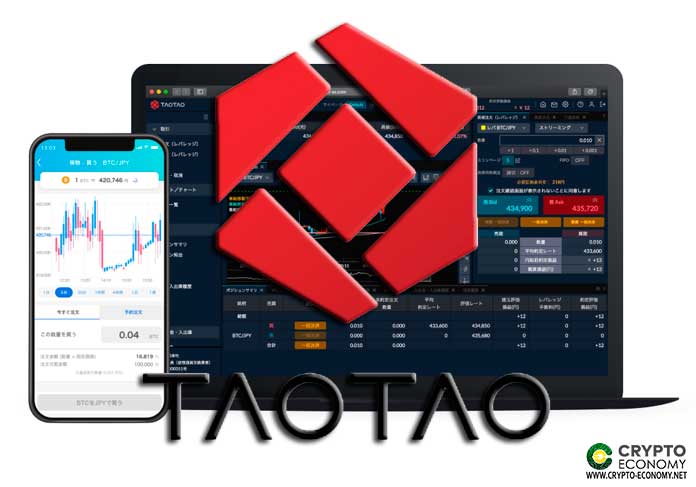 Taotao, a Japanese-based exchange platform backed by Yahoo, recently released an announcement on social media that it will soon open its doors to crypto enthusiasts from all over the industry. According to the announcement, the new platform is set to launch on the 30th of May this year at a midday local time.

Allegedly, the exchange will be offering a mobile application alongside its online platform, and will also offer trading in Bitcoin (BTC) and Bitcoin Cash (BCH). Taotao, which is 40% owned by Yahoo, will as well be making leverage available for interested traders, with three extra cryptocurrencies (Ripple (XRP), Litecoin (LTC) and Bitcoin Cash (BCH) added to the available options.

Taotao obtained the regulatory approval from the Japanese Financial Service Agency (FSA) and begun on-boarding clients from as early as March, allowing users to sign up with the exchange and participate in a promotional campaign as they await the launch. The company is a member of Japanese self-regulatory body Japan Virtual Currency Exchange Association (JVCEA) that guides operations of cryptocurrency exchanges.

The launch date announcement comes just a few days after the Japanese FSA decided to crack down on crypto exchanges that offer anonymous transactions or have weak identity verification practices. The crackdown follows the soon to come Financial Action Task Force (FATF) inspection.

The FATF will reportedly send its investigatory team to review the strength of the Japanese FSA’s anti-money laundering (AML) policies, including the policies of crypto exchanges as well as other financial services. In 2008, Japan was given the worst possible score for identity verification in financial institutions, 10 years down the line the country has made quite practical improvements, some of which led the FATF to amend its rules to include crypto exchanges in its AML regulatory framework.