Why did the Agreement Between Binance and FTX Fail? 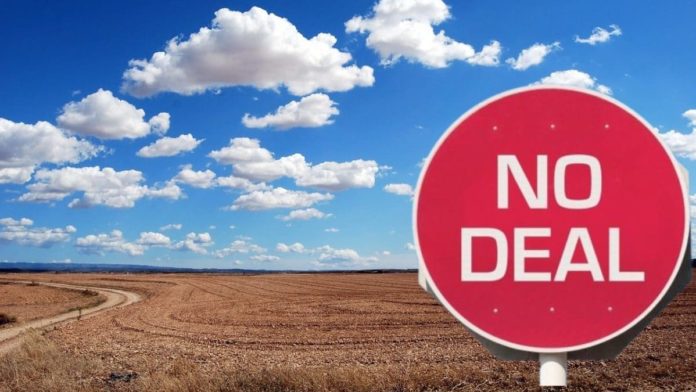 A day after agreeing to rescue FTX, Binance has unexpectedly walked out of the non-binding deal. The world’s largest crypto exchange, Binance, pulled out of the deal following a review of FTX’s balance sheet. The apalling move has rendered Sam Banman Fried’s FTX on the brink of collapse after a surge of withdrawals.

What is the Binance FTX Issue?

The FTX saga started with the company which is among the top-five crypto exchanges in the world, facing a severe liquidity crisis. FTX CEO Sam Bankman-Fried (SBF) had revealed that the crypto platform was facing a shortfall of nearly $8 billion from withdrawal requests and was in need of emergency funding.

Amid the liquidity crunch, Bankman-Fried was scrambling to raise money from venture capitalists and other investors. During the hunt for investors, SBF approached Binance, which is already a significant investor in FTX.

Binance CEO Changpeng “CZ” Zhao then accepted the bailout of FTX by announcing a non-binding agreement to purchase its facilities for an undisclosed amount. However, only a day after the announcement, Binance backed out of the deal revealing that “the problems are beyond our control or ability to help.“

This afternoon, FTX asked for our help. There is a significant liquidity crunch. To protect users, we signed a non-binding LOI, intending to fully acquire https://t.co/BGtFlCmLXB and help cover the liquidity crunch. We will be conducting a full DD in the coming days.

It was a complete volte-face from CZ’s earlier tweet when he said FTX “asked for our help”. The sudden skedaddle jolted the cryptocurrency market as it pointed toward the uncertainty in the crypto world.

Why was the Deal Called Off?

As a result of corporate due diligence, as well as the latest news reports regarding mishandled customer funds and alleged US agency investigations, we have decided that we will not pursue the potential acquisition of https://t.co/FQ3MIG381f.

On November 10, Binance announced that the deal was called off due to the results of corporate due diligence and news reports of mishandling of customer funds at FTX. The leading crypto exchange further wrote that initially it hoped to support FTX’s customers to provide liquidity, but the “issues are beyond repair”. Binance wrote,

“As a result of corporate due diligence, as well as the latest news reports regarding mishandled customer funds and alleged US agency investigations, we have decided that we will not pursue the potential acquisition of FTX.com. In the beginning, our hope was to be able to support FTX’s customers to provide liquidity, but the issues are beyond our control or ability to help.”

FTX’s troubles began last year after Binance, one of the early investors in the exchange, sold its stake in the rival company for $2.1 billion worth of FTX Tokens (FTT). However, problems started after the two companies were embroiled in regulatory issues.

On one hand SBF was testifying in the US Congress, while Binance on the other was said to be facing regulatory probes around the world. CZ and SBF have been trading barbs on Twitter for months, feuding over issues ranging from lobbying US politicians to allegations of frontrunning trades.

Despite the earlier issues, FTX’s real problems bubbled to surface when a report showed that the balance sheet of Alameda Research, FTX’s sister company, was clogged with billions of dollars in FTT.

In addition, Binance’s Changpeng Zhao had publicly said he would sell his holdings in FTX, which rattled the company’s crypto token FTT falling as much as 80 per cent of its value between Monday and Tuesday to $5 and wiping out more than $2 billion in a day.

The Crypto Market in Soup

It seems, after walking out of the deal, Binance has avoided the regulatory scrutiny that would likely have accompanied the takeover. Binance has been facing the heat from finacial regulators from across the world for operating without a license or violating money laundering laws. The U.S. Justice Department is already investigating Binance for possible money laundering and criminal sanctions violations.

Also, Sequoia Capital marked its $213.5 million investments in FTX and FTX US down to $0. In a letter to its partners, Sequoia Capital not that the FTX crisis has “created a solvency risk”.

The global cryptocurrency market capitalization has fallen below the $1 trillion mark, depreciating nearly 5% in the last 24 hours to $829.65 billion.

Bitcoin (BTC) plunged to a 2 year low with Ethereum (ETH) tumbling past $12,00 level. FTX Token (FTT) was the hardest hit cryptocurrency in the market losing more than 75 per cent of its value. Edul Patel, CEO and Co-founder, Mudrex claimed the liquidations in Solana’s decentralized finance markets also added to the selling pressure. Major altcoin prices were also trading with massive cuts over the last 24 hours.