What is Coinversation Protocol? The First Synthetic Asset Protocol on Polkadot 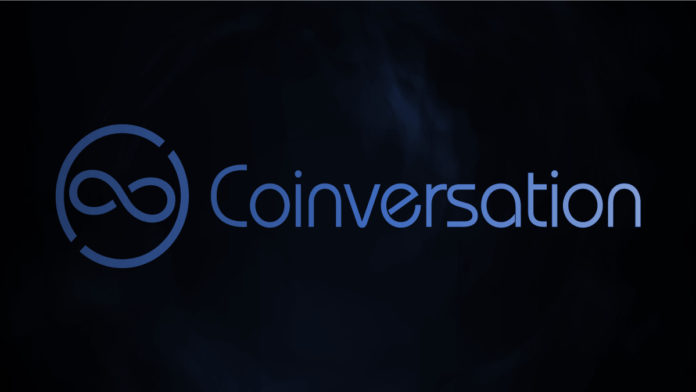 Until recently, the Ethereum network was the champion of DeFi space. But its position is now being challenged by other blockchain networks. The Polkadot Network is one of them that is attracting many Ethereum projects like Coinversation.

Whether it is on Ethereum, Polkadot, Tezos, or any other blockchain, decentralized exchanges (DEXes) are the pillar of Decentralized Finance. DEX has made great strides in recent years and is now an integral part of the DeFi space. Decentralized Exchanges (DEX) have gained popularity since the hype of DeFi. DEXs successfully compete with CEXs and even major crypto exchanges like Coinbase are having trouble contesting decentralized liquidity protocols like Uniswap.

Decentralized exchanges have almost casually entered the crypto space in 2020 when crypto space was in jeopardy due to increased volatility. But the as DeFi market continued to grow rapidly, the cryptocurrency industry came out winner dring the COVID-19 induced economic shocks.

Thanks to DeFi, cryptocurrencies are now reaching mainstream adoption. Behind this $78 billion market, decentralized exchanges (DEXes) like Uniswap are the match-winner.

Synthetic assets is also another DeFi-enabled innovation that proved that DeFi can go much further than simple tokens swap, lending, and borrowing. A synthetic asset is simply a tokenized derivative that mimics the value of another asset. The synthetic asset has enabled us to think about a world where everything could be replaced in part by synthetic versions that trade on a global pool of liquidity with open and free access to anyone.

With Polkadot getting up the ranks and nearing its parachain mainnet launch, all kinds of projects are coming into the Polkadot ecosystem. Coinversation Protocol is one of the most-talked DeFi protocols that claims to be the first synthetic asset protocol on Polkadot and decentralized exchange (DEX). Let’s take a look at Coinversation Protocol.

The issuance of synthetic assets is done through smart contracts and the performance of the assets being synthesized can be tracked through oracles. As Crypto Economy reported, to bring oracle functionality, Coinversation Protocol has integrated Chainlink price feeds oracles via recently launched Substrate Oracle Pallet for accurate pricing data on all assets used within the protocol.

As a DEX, Coinversation is an Automated Market Maker (AMM)-based protocol that solves transaction depth and liquidity problems as no counterparty is needed to perform synthetic asset swaps.

Besides a synthetic issuance protocol and a DEX, the protocol also features a cUSD stablecoin always defined as $1, collateral pools, fee pools, and liquidity mining.

What is Inside Coinversation Protocol?

According to the whitepaper, there are two main core products in Coinversation Protocol: Coinpro.MintC and Coinpro.Exchange.

How to Mint Synthetic Asset?

The life cycle of synthetic assets can be divided into three stages: forging – trading – destruction.

On Coinversation Protocol, anyone can mint synthetic assets by using native CTO or DOT tokens as collateral on Coinpro.MintC. The mortgage ratio of CTO is 800%, and the mortgage ratio of DOT is 500%. That means CTO worth $800 or DOT worth $500 can mint for $100 cUSD. In the future, the collateral and collateralization ratio can be adjusted through community governance.

When a user stake CTO or DOT tokens, they mint cUSD stablecoins. cUSD is a type of synthetic asset and the standard currency of the entire system. This cUSD can then be traded for other synthetic assets on Coinversation DEX.

According to Coinversation whitepaper, on DEX, through contract trading, cUSD can be converted into any synthetic assets supported by the system, such as cBTC, cETH, and even cAAPL, cXAU linked to traditional assets such as stocks and gold, and supports long or short.

The types of synthetic assets available on Coinversation DEX will be decided by the community governance. If the user simply holds cUSD after minting, it is equivalent to automatically shorting all other assets in the system.

In Coinversation Protocol, Coinpro.Exchange is an exchange that provides conversion of different synthetic assets and contract trading. cUSD minted by collateralizing CTO or DOT tokens can be converted into other synthetic assets in Coinpro.Exchange, e.g. cryptocurrencies such as cBTC, cETH, and cDOT, foreign exchange such as the euro, yen, renminbi, and even gold and various stocks.  All these assets are systematically synthesized, not real assets, and their conversion rate is determined by the external real price provided by the oracle such as Chainlink Price Feeds oracles.

The whitepaper describes collateral pools as:

Coinversation Protocol states that the respective debt ratios of all users in the system are determined when staking the CTO or DOT to mint CUSD, and it has nothing to do with the price of other synthetic assets after conversion. But the changes in asset prices will change the debt amount, not the ratio. Through a constant debt ratio, the protocol calculates the profit of each user. When a user wants to exit the system and unlock the staked CTO or DOT, the debt must be repaid first. If a user mints $100 of cUSD through staking CTO, he needs to destroy $100 of cUSD to unlock the locked CTO.

Users trading or converting synthetic assets on the DEX will incur transaction fees. The fee ratio is tentatively set at 0.3%, and all these fees enter the Fee Pool. The fee is collected in cUSD and distributed to users in proportion to the debt.

There two main functions of the CTO token on the protocol. The first is to generate synthetic assets through staking CTO as collateral and earn trading fees. . The second is that CTO is also the governance token of CP. All protocol parameters including the increase or decrease of the types of collateral, the adjustment of the collateralization ratio, and the types of synthetic assets can be determined by voting by CTO holders.

0
Polkadot is down the ranking when writing, dropping four percent against the greenback in the past 24 hours. Per the formation in the daily chart,...
Read more
Opinion

0
As the name suggests, a governance token refers to a token that entitles its holders to participate in governance within a particular dApp, DeFi,...
Read more
Companies

0
Another exploit has been recorded in the DeFi world, as the Solana-based liquidity protocol, Crema Finance, was compromised by hackers. On Saturday, the platform...
Read more
Price Analysis

0
Polkadot prices have been in a free fall in the past two months. As an illustration, DOT is down over 70 percent from April...
Read more
- Advertisment -
Posting....