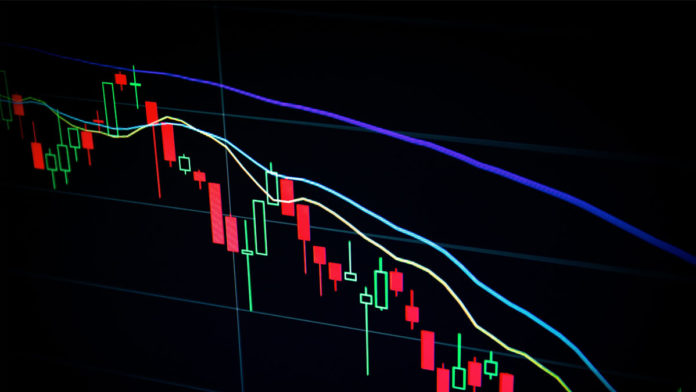 The latest data from Glassnode on the Realised Cap HODL waves of Bitcoin shows old coins are still a lot more than the 2017 bull market. The data focuses on the age of the coins that are accumulated and suggests if old buyers are selling or still HODLING their tokens.

According to the latest data, we can see old HODLERS are still Hodling, but if they start to sell their tokens, we can expect the trends to change. There are three types of old, middle age, and young coins in the market. Any change in the amount of each type shows an upcoming trend in the market.

The Effect of HODLING

Hodlers play a critical role in the cryptocurrency market. When more people buy and HODL a token for a long time, we can predict they’re waiting for bigger growths in the value. But when the amount of their holdings decreases, we can say they’re not optimistic about the future of the token anymore. Bitcoin, as the most popular cryptocurrency market, has a direct effect on other tokens. If we study the trends in Bitcoin, we can have a clearer view of the whole market.

The latest report from Glassnode focuses on the Realised Cap HODL of Bitcoin. It analyzes the age of coins as a proportion of the stored value. In simple terms, the data shows the proportion of coins with different ages in the realized cap of the coin. As mentioned above, the coins are divided into old, middle-aged, and young in this analysis. 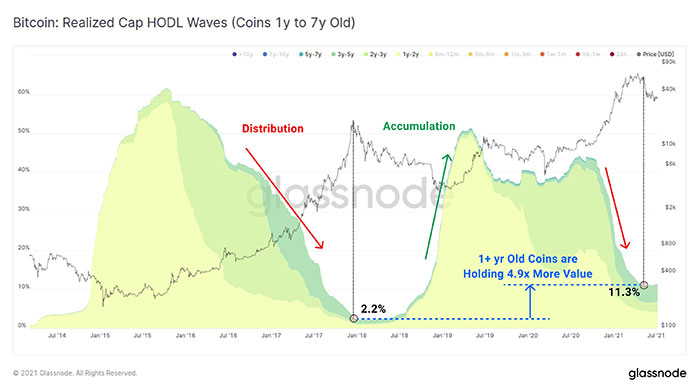 Old coins are aged more than one year, and the data shows that more than 11.3% of the holdings are old. In simple terms, old holders are HODLING a lot more value in the current state. We can say they’re waiting for upcoming bull runs and don’t feel about selling their BTC yet.

Middle age coins with 3 to 12 months old were bought between $9k to $60k. The holders of these coins have bought BTC in the bull market, and the data shows that most of them are holding their buyings. Young coins have less than three months—the number of holdings in this section spikes when old hodlers decide to sell their tokens. In a nutshell, Glassnode data suggests that accumulation is happening in the overall Bitcoin market, and HODLING is still the profitable scenario. According to the tweet:

“Older coins demonstrating higher conviction to hold coins through volatility. Middle aged coins are the most in stress, and swelling of both bands is bullish, declining is bearish. Young coins are declining, suggesting early phase accumulation/HODLing is in play.”