Bitcoin mining revenue jumps by 146%; what does it mean? 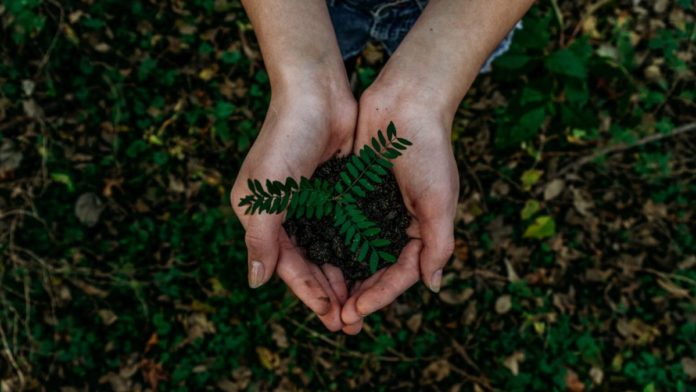 It has been a testing time for Bitcoin. Even as the world’s flagship cryptocurrency now targetted $35k, it was still very much trading within the confines of tight range established since mid-May this year. As the effect of the mining ban in China reaches full swing, several indicators exhibited intense volatility.

Bitcoin suffered a major blow as the network hash rate plummetted after China’s crackdown last month. As a matter of fact, the figures fell to a low of 68 EH/s on the 28th of June. The days that followed saw the network adjusts to an extraordinary depreciation in hash rate during the Great Migration. The impact was so intense, that Bitcoin saw the largest difficulty adjustment in its decade-long history, resetting down all the way to 27.94%.

On the other hand, Bitcoin network participants are at a very unique stage since the miners who have not been impacted by the Chinese FUD has witnessed their profitability shoot up. According to Blockchain.com’s latest stats, mining revenue dipped to $13.065 million on the 27th of June, a day before the massive drop in the network’s hash rate. The numbers of mining revenue has since recovered and was currently nearing $32 million, a rise of roughly 146% in just ten days.

Bitcoin’s Great Migration: What does the recovery signify?

Over a period of time, Bitcoin’s hash rate increased by almost 40%. As of 7th July, the figures sit at 95 EH/s depicting that the uptick has been slow, meaning that the Chinese miners are yet successfully relocated, liquidate hardware, or otherwise recovered costs, loweing the risk of treasury BTC sales. According to Glassnode, a slow prolonged hash-rate recovery “increases the odds that costs are being carried, debts are accumulating, and thus creating a higher probability for miner BTC sales.”

Furthermore, even though the daily aggregate revenue dropped, it was still shared amongst a smaller group of miners. Since the daily issuance of BTC remained consistent, miner profitability actually increased substantially since there were “fewer competitors to share the spoils.”

On that note, the crypto-analytic platform asserted that the aftermath of the latest difficulty adjustment had been quite lucrative for the operational miners as they incurred the same OPEX expense, but were seeing profitability rise almost 2x, similar to levels in April when Bitcoin was rallying to new ATHs almost every week. 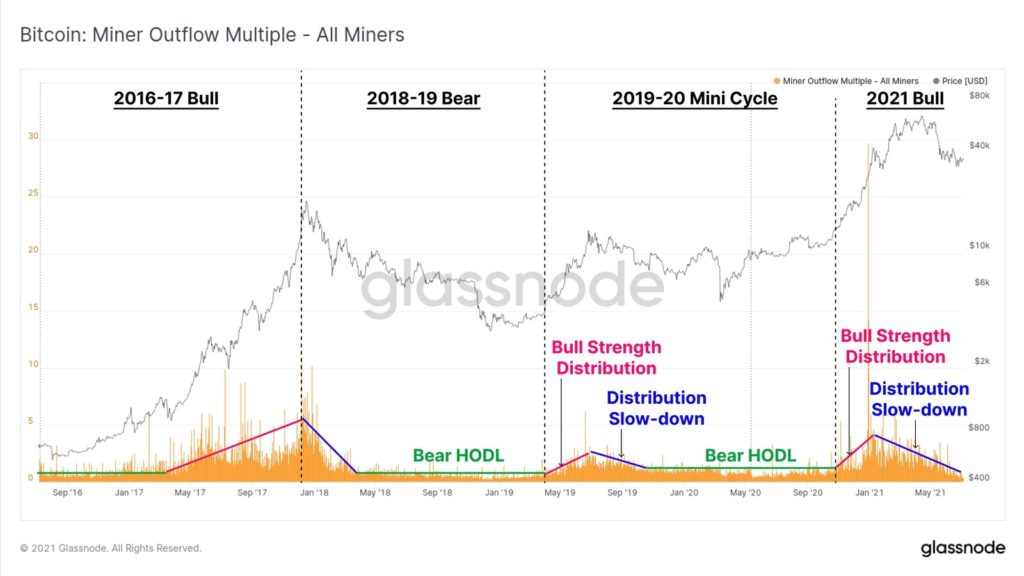 For the most part of Bitcoin’s history, miners have been known to steadily offload their tokens and spend more than they accumulated. This trend has seen a dramatic change, esepcially since early 2020.

BTC miners have started to accumulate like never before. According to reports, the crypto-asset’s macro monetary landscape of wider adoption, superior financing options as well as reduced ASIC miner production are some of the factors that could have played an important role in this behaviour.