US Treasury Secretary Is Optimistic About the Executive Order on Cryptocurrencies 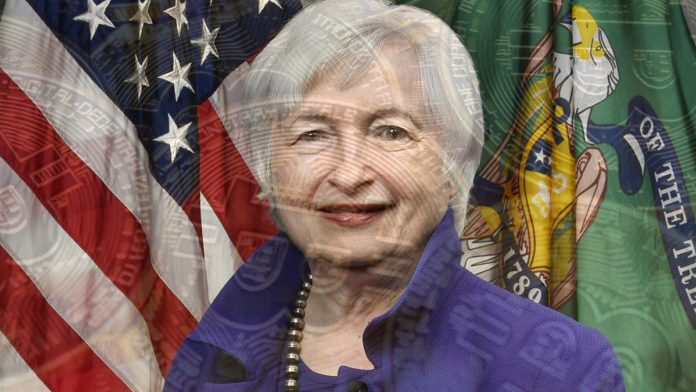 The executive order of the US government on cryptocurrencies can have many effects on the market and Janet Yellen is optimistic about it. The US Treasury Secretary, Janet Yellen, has provided some suggestions about how the Treasury Department will implement the executive order on cryptocurrency that President Joe Biden is scheduled to issue this week.

She added in a statement made by the department late Tuesday that Biden’s historic executive order asks for a coordinated and comprehensive approach to digital asset regulation, which was later removed from the website.

As previously reported, President Biden will sign the executive order this week, allowing government agencies to begin investigating the prospect of a digital dollar, cryptocurrency, and the future of money.

Are There Any Good Signs for the Industry?

In the statement, Yellen describes how the Treasury Department expects to carry out the executive order’s requirements. According to her, this will allow for responsible innovation that will benefit the country and everyone while also preventing the risks connected with illicit money and threats to the financial system from becoming a reality.

The Treasury Secretary has been a vocal opponent of cryptocurrency for quite some time. She indicated last year that cryptocurrency is primarily used for unlawful purposes, and she expressed concern about the amount of energy Bitcoin consumes.

As it appears that the new executive order will provide much-needed clarity to crypto regulations, Secretary Yellen appears to have reversed her earlier statements, stating that the department was willing to collaborate with other federal agencies and international organizations to ensure a global standard for the digital asset.

In addition to the actions it will take in response to the Executive Order, the Treasury Department intends to educate the general public about the dangers of digital assets.

As reported, the department’s “Financial Literacy Education Commission” is already working on generating materials that will be used to educate people about money and financial literacy.

In an interview with Reuters, Treasury Undersecretary Nellie Liang noted that the sensitization campaign would be targeted at people who have limited access to traditional financial products and services. As cryptocurrency has become more mainstream, it has become vital to raise the general public’s understanding of the issues around it.

Liang’s latest admission demonstrates that the Treasury Department is committed to ensuring that cryptocurrency is safe and integrated into the wider financial system.

The price of Bitcoin has increased as a result of the favorable words made by the Treasury Secretary this morning.

The price of the flagship digital currency increased by more than 7% this morning, reaching as high as $42.1K. Because of this move, the values of other crypto assets, including Ethereum, BNB, Solana, and Terra, have all recovered from their recent drop.

0
Being the largest cryptocurrency exchange in the world, Binance holds an integral position in the digital asset industry. The exchange offers crypto-related services all...
Read more
CryptoNews

0
According to Preston Van Loon, one of the Ethereum core developers, there is a very good chance that the much-anticipated Ethereum (ETH) Merge will...
Read more
- Advertisment -
Posting....