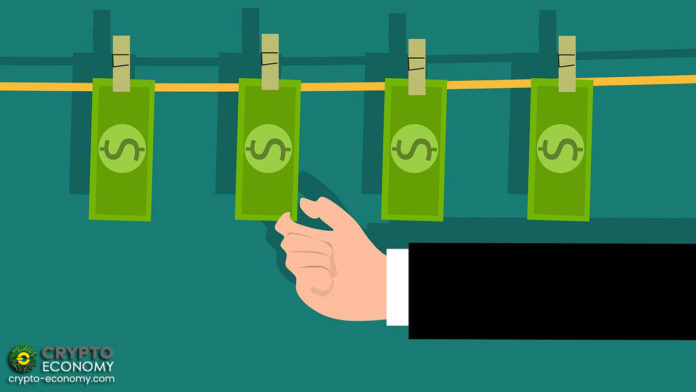 According to a publication of Law 360 on November 20, a United States prosecutor told a Manhattan Jury that a lawyer and former partner at law firm Locke Lord, Mark Scott, was given $50 million to launder $400 million for OneCoin co-founder and currently in hiding cryptoqueen Ruja Ignatova.

Assistant to US attorney Nicholas Folly, in his closing remarks, said that 51 years old Mark Scott established a phony investment fund to lauder money for a Bulgarian women Ruja Ignatova, who was behind a Ponzi scheme based on a fraudulent blockchain-based digital currency system also known as OneCoin Ltd. Folly further claimed before the jury that he was paid $50 million just to launder Ruja’s money.

He further told jury that Scott used a network of offshore bank accounts, fraudulent documents, and Shell companies to hide the origin $400 which was illegal proceeds of OneCoin.

The US prosecutor went on saying that Scott used his received money in buying expensive luxury items such 57-foot yacht, multimillion dollars homes in Massachusetts, and expensive cars including three Porsches.

Scott’s lawyer, Arlo Devlin-Brown, giving his remarks said Scott believed he was operating a legitimate investment fund with money from Ignatova, who was to blame for the fraud. According to him, this case is full of reasonable doubts.

“Mr. Scott did not know the OneCoin funds were illegal. None of it really matters unless they have proven the one thing that really matters in this case: What was inside Mark Scott’s head?”

But Mark Scott himself did not said anything in his defence.

A Locke Lord spokeswoman in a statement said that the firm was unaware of his activities, and all that happened after he left the firm. She stated:

“Scott, who was with our firm for a little over a year, was charged by the federal government with money laundering almost two years after his departure. We were not aware of his individual activities outside of the firm, and we have been fully cooperating and working with government authorities.”

With each passing day, OneCoin case continues to become of increasing interest to members of the global crypto community as Mark Scott has made an interesting claim in the court that Neil Bush, the brother of former president George W. Bush, was paid $300,000 to meet with the scam‘s missing cryptoqueen Ruja Ignatova.

Crypto Economy reported on October 6 that according to US prosecutors, Mark Scott also deceived the Bank of Ireland to lauder 273 million euros obtained from OneCoin scam.